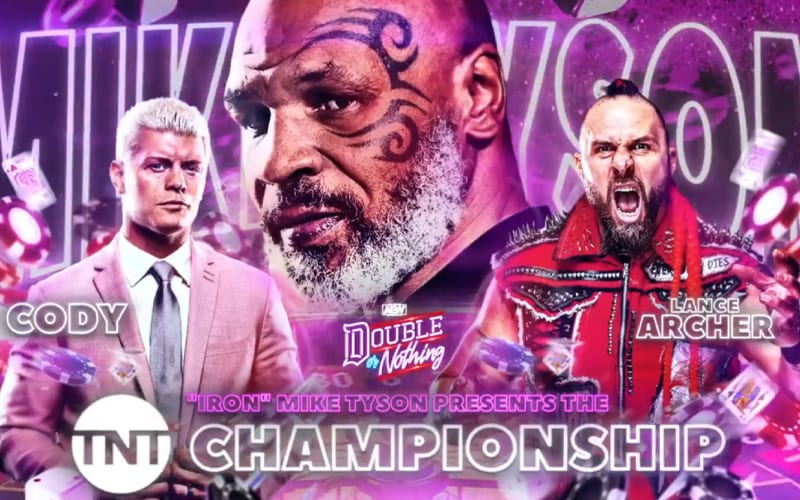 Mike Tyson just got back in the ring and his sparring sessions brought a lot of buzz. Now Iron Mike Tyson’s next appearance will be in All Elite Wrestling.

During AEW Dynamite this week it was announced that former Heavyweight Boxing Champion Mike Tyson will appear at Double Or Nothing. He will be on hand to present the new TNT Title to the inaugural winner.

Cody Rhodes and Lance Archer will face each other for the new TNT Title on May 23rd. Now the presentation of that title means way more.

There were rumors that Sting might be brought in to fill this role at Double Or Nothing. It turns out AEW had an even bigger name in store.

Updated: AEW Double Or Nothing Card (So Far…)