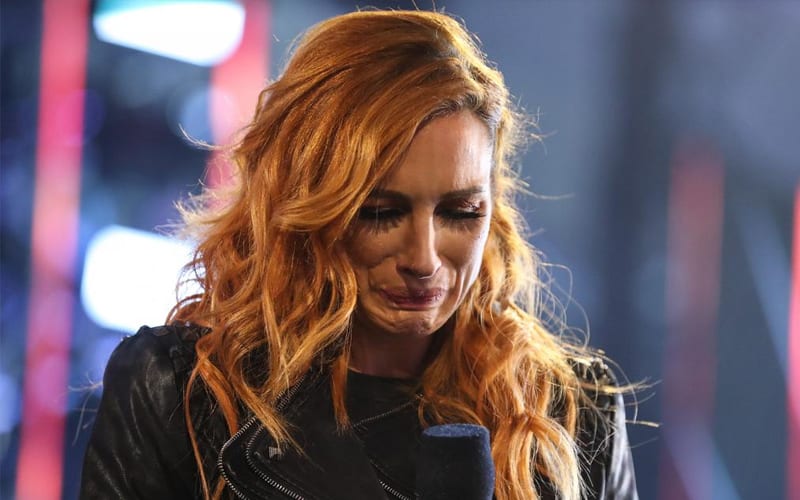 Becky Lynch announced this week that she is pregnant. The Man will be gone for a while, but how long?

During Wrestling Observer Radio, Dave Meltzer discussed Becky Lynch’s happy announcement. He talked about the timing of her pregnancy and how soon she might be able to make a return to the ring if she is driven to come back as soon as she possibly can.

“She is a bigger star and if [WWE] gets back to a more arduous schedule and maybe she can have it arranged that she doesn’t have to have an arduous schedule and there’s a lot of different factors to what’s going on and that’s not anything that’s gonna matter for probably 10-11 months, something like that or longer. So yeah, it would be maybe next year’s WrestleMania would be the return if she wants to return. Actually I can see that from a timing standpoint. Then there’s a question of getting in shape and things like that, I mean, who knows? There’s so many different factors.”

It is very happy news that Becky Lynch and Seth Rollins are expecting a baby, but WWE will have to carry on. Her announcement might have popped a rating last night, but it will also create a long-term hole in the women’s roster.

Hopefully, The Man will be able to return as soon as possible and get back to work. We also never know if she might prefer motherhood to WWE and decide to retire at the top of the business.