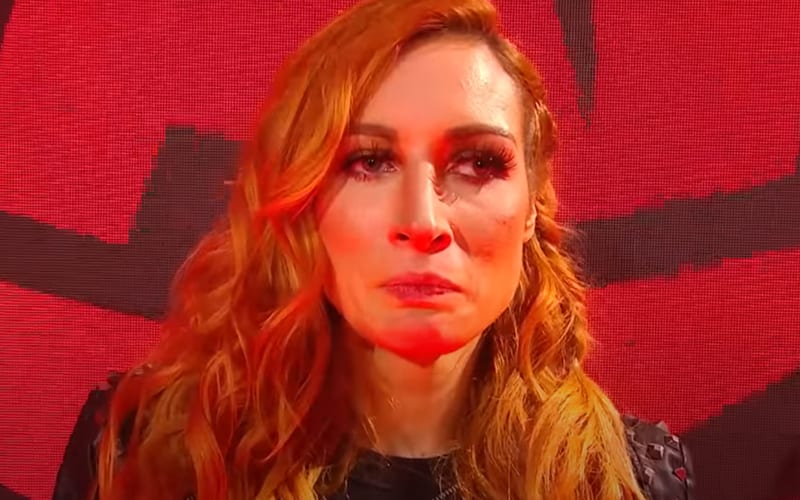 Becky Lynch had a huge announcement to make last night. She might have wrestled while pregnant at WrestleMania, but she knew her time in the ring was done for now.

The Man relinquished the RAW Women’s Title making Asuka the new champion. The Empress Of Tomorrow had no idea what was happening until just beforehand.

During PW Insider Elite audio, Mike Johnson discussed Becky Lynch’s backstage demeanor prior to making her big announcement. She wasn’t talking much and didn’t seem overly excited. She obviously had a lot on her mind.

“They kept it super quiet. Lynch was kinda very quiet backstage. She wasn’t very talkative with people. She wasn’t beaming about the news to those in the company until after the segment was taped. So there were a lot of people who were not aware all this time that she and Seth were expecting a child until the announcement was made.”

The rumor got out pretty quickly that The Man is expecting. Once the world found out on RAW there were a ton of congratulations to throw toward the happy couple.

Becky Lynch will be gone for quite a while. If and when she returns there will undoubtedly be a huge reaction. At this time she is going to focus on starting a new chapter in her life.