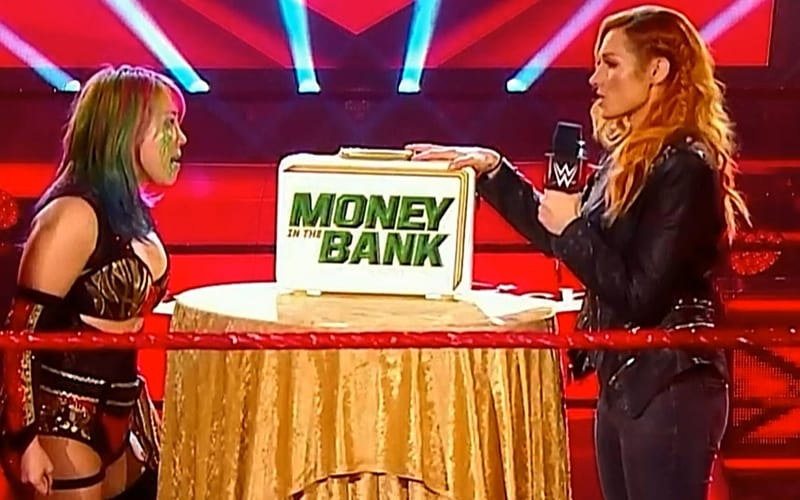 Asuka is the new RAW Women’s Champion, but she didn’t have to pin anyone to win the title. She was handed the championship when Becky Lynch had to step away from WWE due to pregnancy.

During PW Insider Elite audio, Mike Johnson stated that Asuka had no idea she was winning the RAW Women’s Title at Money In The Bank. She did find out about the news prior to the segment on RAW, but her reaction was still very organic.

“We were told that when WWE filmed the Money In The Bank ladder match in Stamford that Asuka was not aware she was winning the RAW Women’s Championship. She was not aware that was happening until yesterday when she got to the taping. So her reaction while she knew what was going to happen in the segment was legitimately shocked and excitement we were told.”

Becky Lynch won’t be back in WWE for a while. She is currently expecting her first child in December. This means that she might have wrestled Shayna Baszler while pregnant at the show of shows.

Hopefully, Becky Lynch can have a healthy pregnancy without any complications. There is no guarantee that she will be back because even The Man admitted that she doesn’t know what is going to happen next.