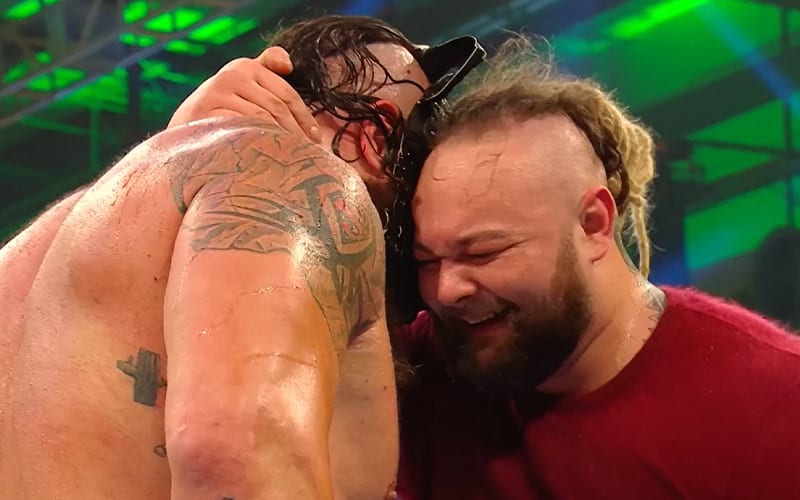 Braun Strowman defeated Bray Wyatt at Money In The Bank. The next time those two face off it will be Strowman vs The Fiend. Ringside News exclusively reported that they will get back to this feud, but not right away.

Wrestling News reports that the Strowman vs Wyatt match was pre-taped for Money In The Bank. The Firefly Fun House friends surrounded the ring and they didn’t want to run the risk of accidentally capturing one of them on camera.

WWE taped the Bray Wyatt vs. Braun Strowman match in advance. The reason for this was that they didn’t want to risk accidentally showing the puppeteers on camera when Bray’s puppets appeared during the match.

WWE wanted to be very careful during that match’s presentation. They had puppeteers that needed to hide so it didn’t ruin the illusion of Wyatt’s Firefly Fun House. This is one of the few luxuries associated with pre-taping matches with zero live fans.

Bray Wyatt’s Fiend could be the one to topple the Monster Among Men. It didn’t happen at Money In The Bank as Strowman and Wyatt had unfinished business. They will get back to their story.