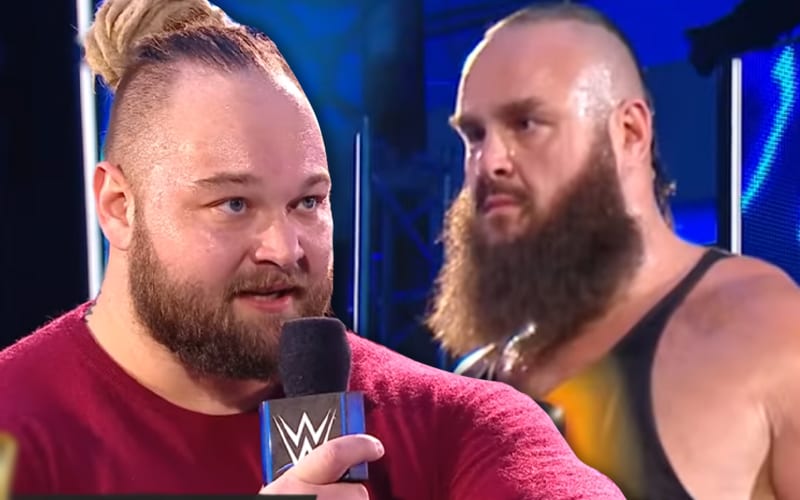 Braun Strowman won the WWE Universal Title at WrestleMania 36. This was not WWE’s original plan. Strowman was a replacement for Roman Reigns when The Big Dog decided not to wrestle Goldberg. He did show up, but then he didn’t wrestle.

Roman Reigns hasn’t appeared, or been mentioned on WWE programming since. This is a very interesting situation for him, but he released a statement explaining that he is staying home for his family.

Now Braun Strowman is set to defend the WWE Universal Title against Bray Wyatt at Money In The Bank. Will this be a one-off encounter, or does the company have more in store?

Braun Strowman and Bray Wyatt have a lot of history between them. Their feud could stretch past Money In The Bank, but the two might require some distance first.

Ringside News asked about plans to carry Strowman and Wyatt’s feud past Money In The Bank. We were told “not right away.”

This is a very interesting note to consider. WWE has a lot of options right now, and they do have a Universal Champion that Vince McMahon never intended to crown. Bray Wyatt and Braun Strowman is also a feud that could be revisited time and time again.

It’s always important to remember that Vince McMahon can always change his plans. He’s done it before, and he’ll do it again even with everything seemingly nailed down.

There could be a lot of unexpected moments at Money In The Bank. What are you looking forward to most?