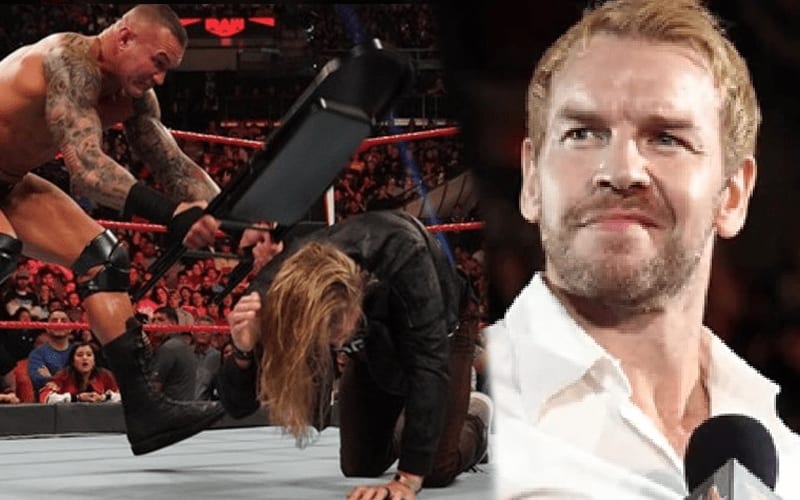 Edge and Randy Orton feuded through WrestleMania 36. They battled for 36 minutes inside the WWE Performance Center. A lot needed to be changed about that match as they called it on the fly.

There were plans for fighting on the roof of the PC, but they shot the match in the day time. They were going to use a drone, too. One thing they never did was bring Christian into the equation.

While speaking to Alex McCarthy, Christian revealed that WWE has him on a no-contact list. That nixed any idea that they might have had for him in the build toward the show of shows.

“No, I think the way it played out and obviously me being on a non-contact list that kinda makes that… you can’t really do that.”

Christian said it would have made sense, but because of “the current situation with that” it made things impossible. He stated that it would be hard to “go out there and not do anything.”

Captain Charisma could have hosted a Peep Show segment or something, but once things got physical he couldn’t be touched.

Edge and Randy Orton will be on RAW this week as well. They are not finished with each other, but don’t get your hopes up about a return for Christian.

It would have made sense to have Christian in the mix. How would you have used Christian in Edge and Randy Orton’s WrestleMania feud? Sound off in the comments below!