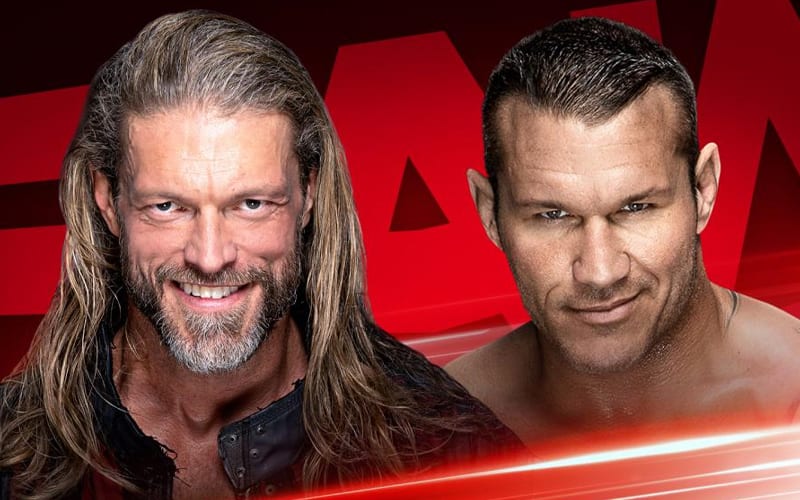 Edge and Randy Orton battled for 36 minutes at WrestleMania 36, but their rivalry will continue next week on Raw.

Some fans thought it was a mistake when WWE aired an old promo during Raw this week. That was not the case. Edge and Randy Orton will be on Raw next week and their story is far from finished.

WWE posted an announcement on their website to hype the upcoming segment on the red brand.

Both Superstars will be at Raw this Monday, and The Rated-R Superstar will reportedly be on the hunt for The Viper. Orton, though, is one of WWE’s most cunning competitors. Will he turn the tables on his former friend before Edge finds him?

This is a big announcement and it clears up any confusions that might have come up when WWE aired a promo from March during Raw this week.

What do you think about Edge and Randy Orton continuing their feud? Sound off in the comments below!