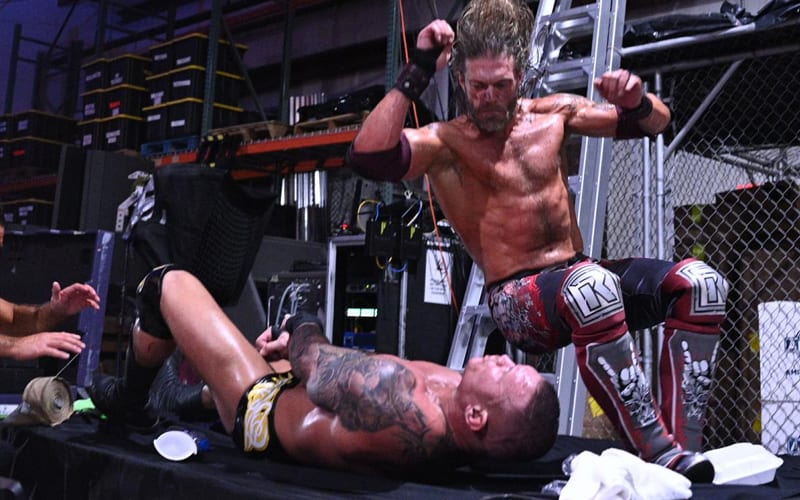 Edge and Randy Orton battled at WrestleMania 36 in a 36-minute last man standing match. WWE couldn’t use every idea that Edge and Orton brought to the table.

The Rated R Superstar told After The Bell that they had to totally re-do their WrestleMania match 40 minutes before they were set to start. Some ideas that they had just couldn’t be done, so they had to call the match on the fly without talking to each other.

Edge went on to reveal one idea that he had for the match. At one point, Edge and Randy Orton were going to be out on a rooftop with a drone involved. That was nixed because their match took place during the day.

“It had to be a fight, and initially I had ideas of drones and going on rooftops and again, we’re filming during sunlight so that’s not gonna work so let’s shift focus here. How do we do this? It’s a fight. So that’s what we did. I’m very proud of it. I’m also very proud that after 9 years off I could go 40 minutes. I didn’t know.”

It might have killed the illusion for Edge and Randy Orton to battle in the sunlight at WrestleMania 36. They needed to relocate their battle and also figure out what they could do with everything around them along the way.

Do you think that WWE missed out by not allowing Edge and Randy Orton to fight on a rooftop with a drone in the picture? What would you have liked to see out of the match instead? Sound off in the comments below!