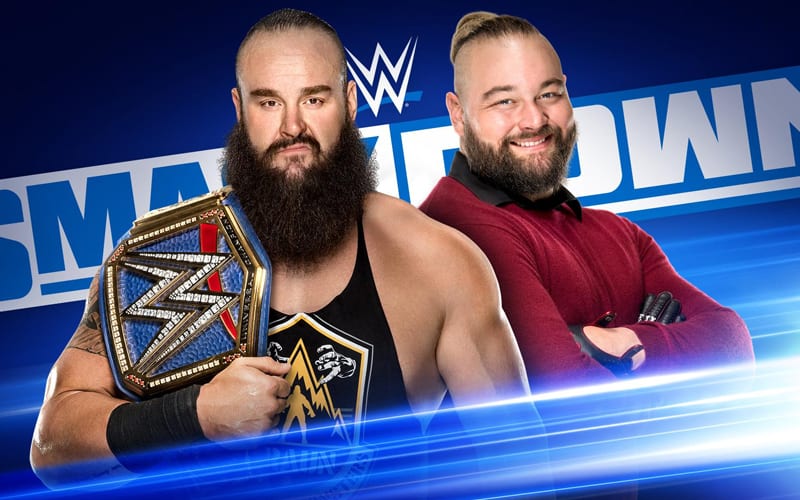 WWE Money In The Bank is this Sunday. The company has one more opportunity to set things in motion with their television presentation and SmackDown looks to be a loaded show this week.

Braun Strowman will defend the Universal Title against Bray Wyatt at Money In The Bank. Tonight they will have a show-down on SmackDown.

Jeff Hardy will return this week as well. He already promised to be looking out for Sheamus.

Mandy Rose and Sonya Deville will also have a match. Let’s see if this is just the beginning of things for them, or if they will finish things.

Tamina Snuka will team with Lacey Evans to take on Bayley and Sasha Banks. Also, Drew Gulak and Daniel Bryan are going to team with a mystery partner to battle King Corbin, Shinsuke Nakamura, and Cesaro.

They likely have much more in store for fans this week. You can check out the bullet point list from WWE’s official preview below.