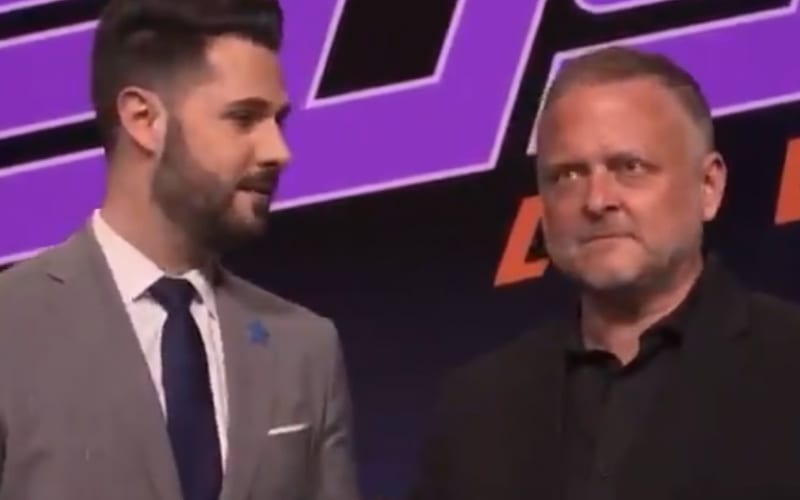 Jeremy Borash might be best remembered for his days in Impact Wrestling, but he’s on WWE television now.

Borash made his 205 Live debut this week as a new member of the announce team. Tom Phillips joked that Borash was making his WWE television debut “in the way I’m sure he hoped he would.”

Jeremy Borash stated that he’s worked with some of the greatest announcers in the world and Tom Phillips is the most recent. Phillips mentioned that Borash worked on Nitro, but he did not mention Impact Wrestling at all.

Borash jumped over to WWE in 2018 when he joined the WWE Performance Center. He’s been working hard on NXT and been a real unsung hero. He was also present during the Boneyard Match’s filming where he assisted Triple H in putting that cinematic match together.