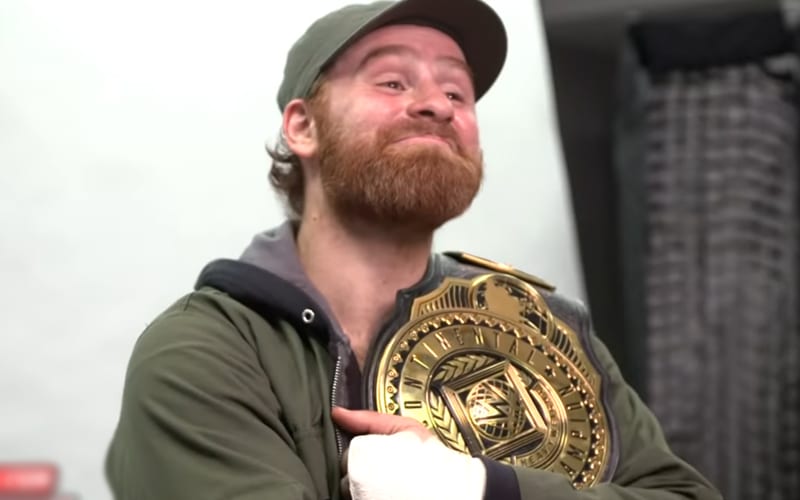 Sami Zayn hasn’t been on WWE television for a few weeks. He had oral surgery, but then he decided not to return to work. It was his decision as he stated he was uncomfortable about it.

Ringside News has learned that Sami Zayn will not be returning to WWE television “any time soon.” He is still the IC Champion so this could cause an issue.

It was told to us that Sami Zayn’s status as WWE Intercontinental Champion “is going to be addressed.” As of right now, the final decision is in Vince McMahon’s hands. It is pretty clear backstage that the current IC Champion won’t be around for a while.

Shinsuke Nakamura and Cesaro, the other two members of the Artist Collective have teamed up with King Corbin to take on top babyfaces on SmackDown.

We’ll have to see when Sami Zayn decides to make a return to WWE television. In the meantime, he’ll be at home with his cat.