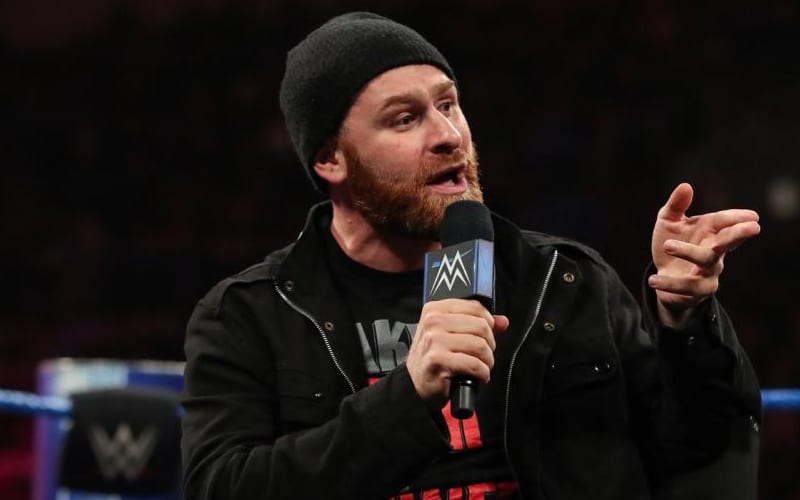 WWE SmackDown included members of the Artist Collective last week. Cesaro and Shinsuke Nakamura appeared, but the IC Champion Sami Zayn was no where in sight. There was a good reason for that.

Zayn revealed that he had his wisdom teeth taken out last week. That is an unpleasant experience, but since he’s been on an all pudding diet he’s looking especially ripped right now. This shows that there are unexpected benefits to oral surgery.

In lighter news, I had my wisdom teeth taken out last week so I’ve been on an #AllPuddingDiet for days and now I’m ripped to shreds.

If you’re wondering how Sami Zayn got his wisdom teeth pulled during a safer at home order, you’re not alone. WWE was granted special permission to run their shows because they are a national broadcast and have a closed set. Sami Zayn’s oral surgery must have been considered an essential medial procedure.

Sami Zayn will likely be back on the blue brand very soon. He didn’t appear last week, but this week is also a live episode. WWE doesn’t plan on taping their television shows until next week as Ringside News exclusively reported.

Did you miss Sami Zayn on SmackDown last week? Do you agree with his recent statements against re-opening America? Sound off in our new and improved comments section!