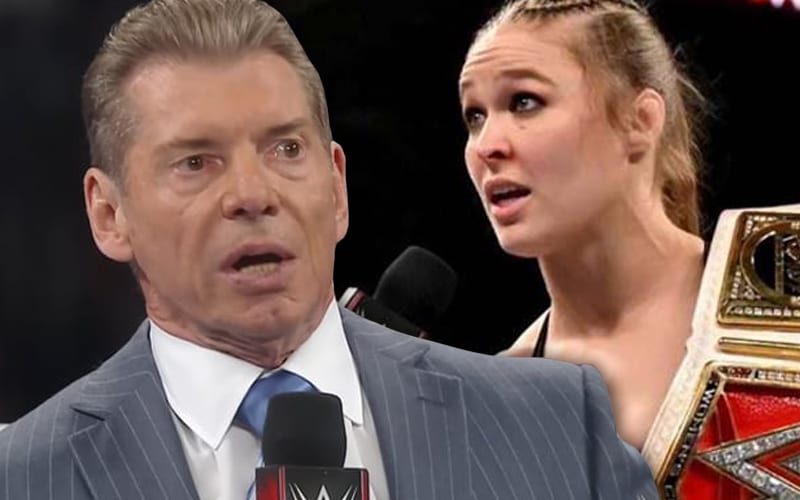 Ronda Rousey dropped the RAW Women’s Title at WrestleMania 35 and she has been gone for over a year at this point. She hasn’t had a baby with husband Travis Browne even though she claimed to be on an “impregnation vacation.”

During Wrestling Observer Radio, Dave Meltzer ran through some options that Vince McMahon has right now. He can’t call Roman Reigns back since The Big Dog won’t come in to work. It’s also unclear if Brock Lesnar and Ronda Rousey are even on the table.

“Is Vince gonna have Brock Lesnar and beg Ronda Rousey to come back? I don’t know, but I can’t imagine Vince not reacting in some way. Maybe it would be a foolish way? You know this week’s numbers were scary because it is more than just ‘okay things are down’ — they’re eroding. WWE cratering and cratering is never good.”

Vince McMahon could choose to go many different directions, but he certainly needs to try something. WWE hasn’t earned such low ratings in the history of the company. This is becoming a consistent trend that WWE needs to break.

What can WWE do to help bring interest back to the product? Sound off in the comments below!