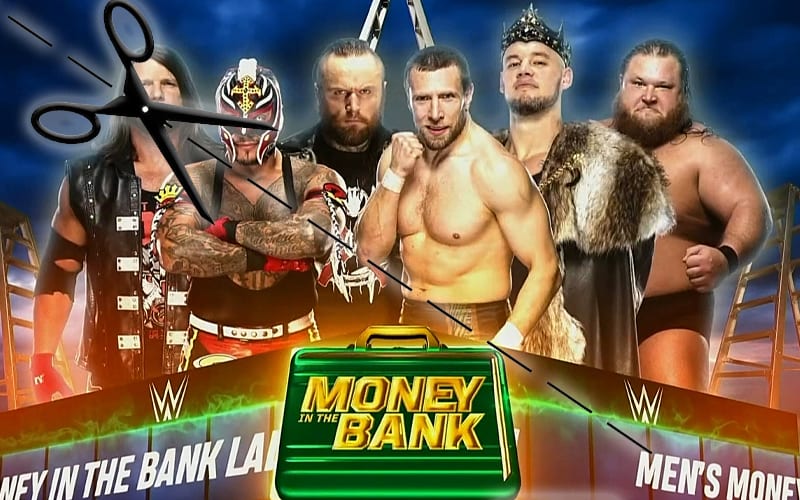 WWE is holding Money In The Bank this Sunday and it will be unlike any previous event of its kind. It will be a race up the corporate ladder and the company has a lot in store.

Footage for the combined Money In The Bank ladder matches aren’t planned to take up an hour. The company plans to cut up the match and air it throughout the night.

During PW Insider Elite audio, Mike Johnson revealed that WWE’s current plan is to split up the Money In The Bank ladder matches with updates during the broadcast. They will also use picture-in-picture at times.

WWE will not be airing the match all at once, but this should allow them to do a lot with the idea.

“The concept I was told is it is going to kinda be like that episode of Impact where they had people brawling all over the place for the hour. It’s gonna start with ‘this is what’s happening at the Titan Tower’ and we’re gonna kinda see an overview of what’s going on there and then we’re gonna go back to the Performance Center and they’re gonna do scenes with picture-in-picture with scenes of what’s going on at Titan Tower while the real-life wrestling is going on live. We’re gonna go back and forth and see the journey of these wrestlers and how they fought and made it up the floors of the building over time.”

“It’s not gonna be like one segment of Money In The Bank and we’re done. They’re gonna use it like the lure to keep people entertained over the course of the broadcast.”

It was noted that this could be compared to what WWE did with the Back Lot Brawl between Roddy Piper and Goldust at WrestleMania 12. They will air portions of the Money In The Bank match throughout the night and keep fans updated.

This is a very interesting way to go, but this year has been anything but normal.

What do you think about WWE’s plan for Money In The Bank this year? Sound off in the comments below!