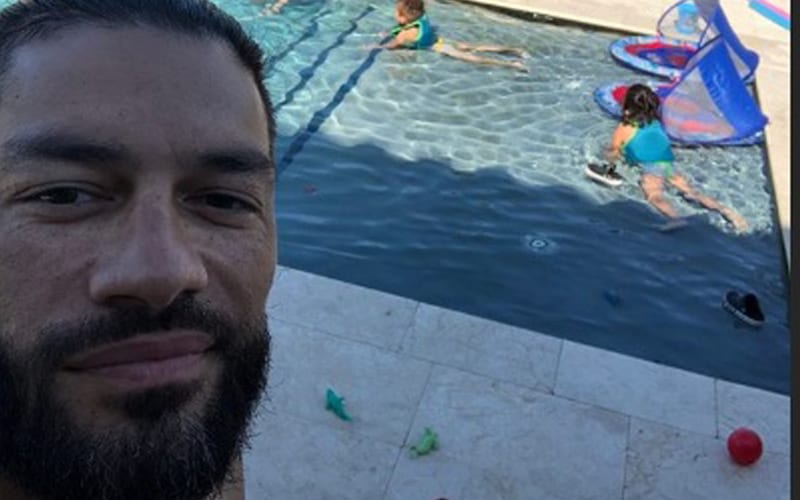 Reigns recently posted an update for fans to his Instagram story. He didn’t say anything, but the look on his face was enough to know that he’s happy. It appears that Reigns was sharing a glimpse of his day at the pool with his family.

Since Roman Reigns is always going to worry about leukemia, his weakened immune system means that he can’t take any chances with the novel coronavirus. We have no idea when he will be back to WWE. The company edited him out of footage this week during RAW which was a very unusual thing.

It’s good to see Roman Reigns seems to be living his best life with his family at home.