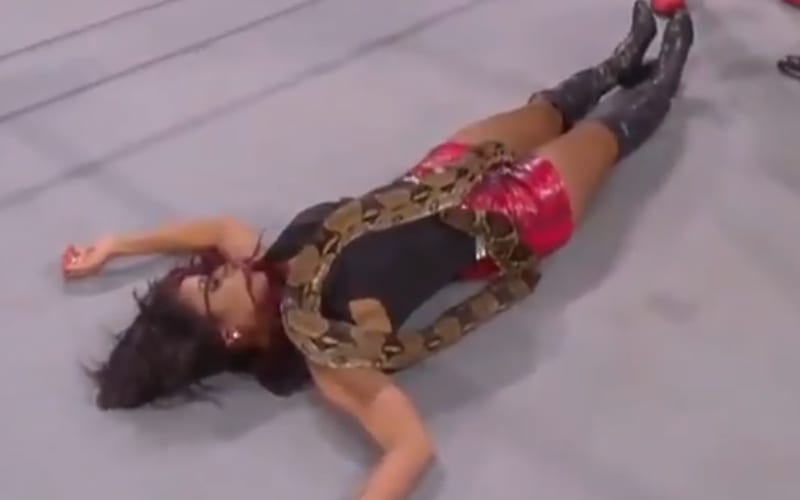 Brandi Rhodes didn’t expect for things to end the way they did this week on AEW Dynamite. She was simply going to lead QT Marshall to the ring, but then Britt Baker hit a DDT on Brandi and tossed her into the ring.

Jake Roberts brought back his old snake gimmick and he pulled a serpent out of his bag. After laying his snake across Cody Rhodes’ wife, the message from Lance Archer’s camp was loud and clear.

Click here to watch that footage of Jake Roberts laying his snake across Brandi Rhodes.

This action followed Brandi Rhodes cutting a scathing promo on Roberts. She posted that promo on Twitter along with a warning to Jake that her words still stand.

…but Jake, everything I said about you, was true. And you will answer for your actions.

I’ve never been afraid of snakes.

AEW Double Or Nothing will see Brandi Rhodes and Jake Roberts sharing the ring apron as they lead their wrestlers to the ring. It will be very interesting and this new development certainly adds excitement to what AEW has in store for fans.

What did you think about Jake Roberts pulling out his snake this week? Sound off in the comments below!