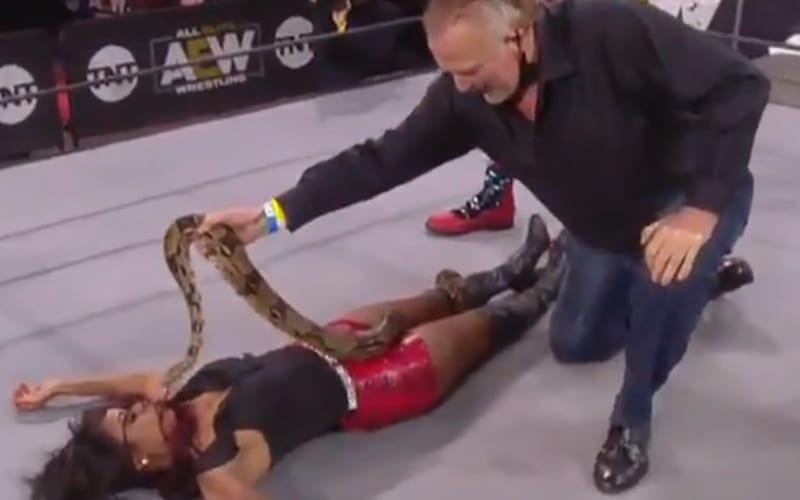 Jake Roberts was known for bringing a snake with him to the ring during his heyday. He would put his snake on his victims after they were defeated with a DDT. Now that snake gimmick has found its way to AEW.

Click here for our complete coverage AEW Dynamite this week

Following Lance Archer defeating QT Marshall, Brandi Rhodes was the focus of the attention. Britt Baker assisted the heels by hitting Brandi Rhodes with a DDT. Then she rolled the AEW CBO into the ring.

Jake Roberts came out with a snake and put it on Brandi Rhodes. This was a huge call-back to his previous gimmick. It will also do wonders to build heat toward Cody Rhodes’ match against Lance Archer at Double Or Nothing.