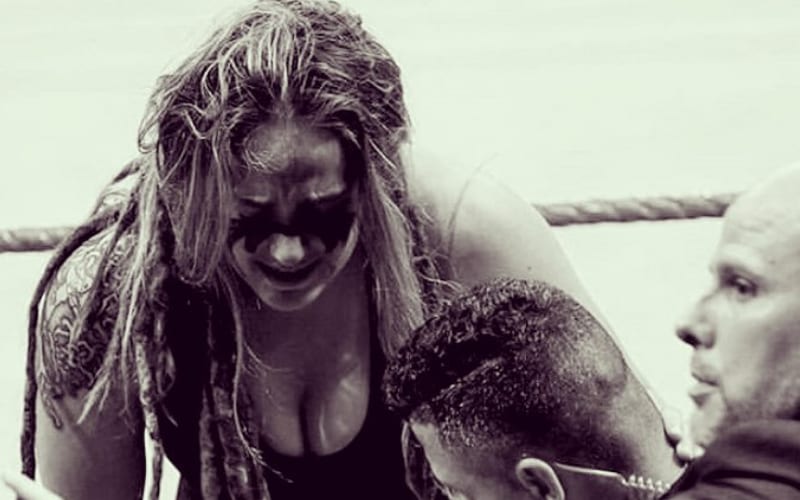 Sarah Logan was released from WWE, but she’s still under her 90-day non-compete clause until July. There was a thought that she might be used during that time, but it doesn’t appear to be happening.

Logan was brought into WWE Raw last week and written into the show. Then she was taken out after Raw started running live. There was no mention of her on the show this week.

Logan tweeted out an image from her last moments on WWE Raw. Shayna Baszler “broke” her arm and caused an end to their Money In The Bank qualifying match. Logan posted this image along with an ominous caption.

It seems Sarah Logan’s days in WWE are really done for now. “Never again” usually implies finality so this could be the end of Sarah Logan’s story.

Did WWE drop the ball with Sarah Logan? Sound off in the comments below!