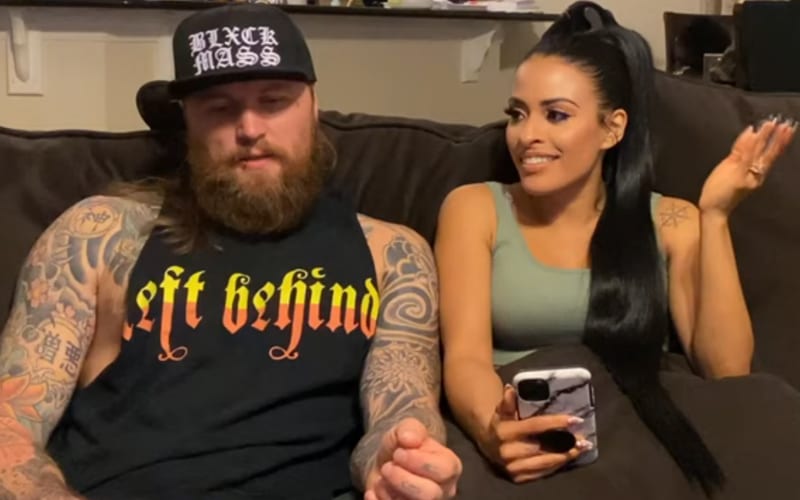 Aleister Black and Zelina Vega are married in real life. When some fans realize the two are a couple it can be surprising. They are very much the same as they show on their YouTube channel.

During a recent Q&A video, Zelina Vega and Aleister Black were asked how they handle being in an intergender relationship. Both of them seemed a bit surprised to receive the question because the idea that they are of different races never occurs to them.

“I never really considered her to be of a different race,” Aleister Black said.

“We don’t even think about that,” Vega replied while Black said it is the “last thing on their mind.” Then Aleister Black expanded and said that it’s not about race at all, but there is a different culture.

“I would say that there’s a different culture. Hispanic families are a lot closer than I’m used to. My family is not that close, it’s not like we’re distant or anything.”

Zelina Vega said nobody from her family has ever looked at Aleister Black and said, “oh, he’s white.” Then Black stated that he has received some racist remarks because of his marriage. He called it clear stupidity and didn’t seem to let it bother him.

“There were moments by the comments of others that I’m in [an interracial marriage.] Like you’ll get some racist remarks toward you and you know, which is always so strange and I get certain remarks thrown at me, but if it’s 2020 and you’re looking at people’s colors [throws up his hands and looks exasperated] that’s so tiring. It’s also a sign of stupidity. It’s a clear sign of stupidity.”

Aleister Black and Zelina Vega are happy at home with their cats. It’s sad if anyone has a problem with that. You can check out the entire video below as they also spent time answering questions about Pokemon and other random topics.