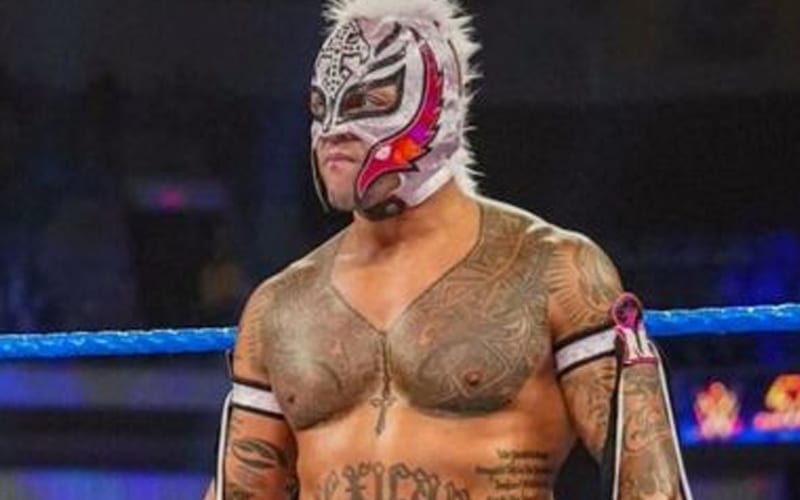 Rey Mysterio recently stated that he is open to putting his mask on the line in a retirement match. He lost the mask before in WCW while teaming with Konnan against Scott Hall and Kevin Nash. WWE might not like that footage getting out there.

WWE recently released a video of Masahiro Hayashi, the man responsible for creating a ton of Mysterio’s famous costumes. It was an informative video that gave fans a look at the process behind Mr. 6-1-9’s look.

There is an interesting note concerning this video about the man responsible for so many of Rey Mysterio’s famous masks. WWE faded out just before showing footage of Mysterio taking his mask off after that Hair vs. Mask match at SuperBrawl IX.

There are a few reasons why WWE wouldn’t want fans to see Rey Mysterio unmasked in a newly released video. One of them could be that they don’t want to give away the pay-off of an angle revolving around taking his mask.

When Rey Mysterio took off his mask at SuperBrawl IX, Bobby Heenan commented saying: “It’s Leave It To Beaver.” Fans who just as this YouTube video will never get that joke because WWE cut out the first shot fans saw of Mysterio’s babyface.

Vince McMahon’s company also makes a lot of money off Mysterio’s mask. It is a major part of his branding.

Rey Mysterio’s unmasking scene is still uncut on the WWE Network. The fact that a special video was made about Mysterio’s mask is interesting. His recent talk of putting his mask on the line could slowly open the door to a potential mask match in the future.

Just in case you want to see what Rey Mysterio looked like in 1999, check out the image below that WWE cut out of the above video.