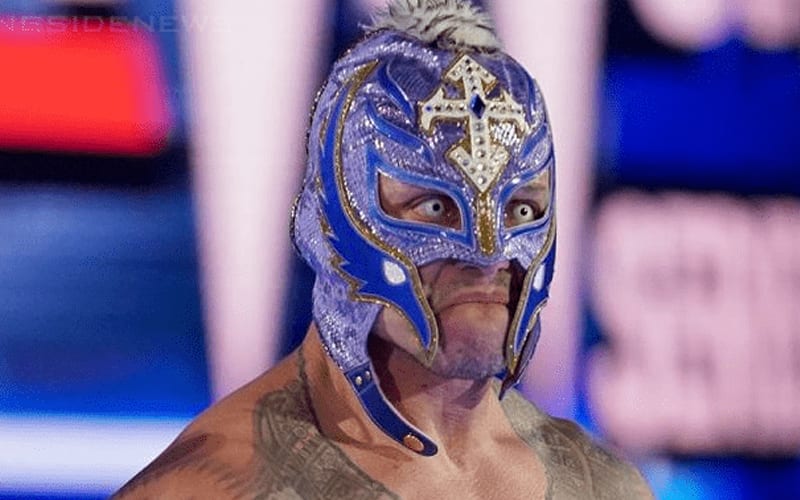 WWE seemed to be heading to an angle where Rey Mysterio was set to put his mask on the line. They changed direction and didn’t follow through with the idea, but Mr. 6-1-9 is more than willing to participate in a match with that stipulation.

While speaking to WWE The Bump, Mysterio revealed that he would jump at the chance to put his mask on the line. His mask means the world to his character and to be in a match with that much on the line creates an opportunity to show even more passion in the ring.

“If the opportunity came about, I would jump in a heartbeat [on putting his mask on the line again]. I think that’s what makes Lucha Libre exciting and in this case to bring Lucha Libre to the WWE, and show the WWE Universe the excitement behind the mask vs. hair match, or the mask vs. title match. You know you put your heart out there in those matches. I would actually love to jump in the ring one of these days before I retire and put my mask on the line against something that is well worth it.”

We’ll have to see if WWE takes Rey Mysterio’s mask off him by the time he wraps up his time with the company. It’s always a possibility, but his mask is also a trademark and used to generate some serious merchandising dollars. That might play a part in why WWE is so reluctant to take away Mysterio’s famous hood.

Should Rey Mysterio lose his mask in WWE? Sound off in the comments below!