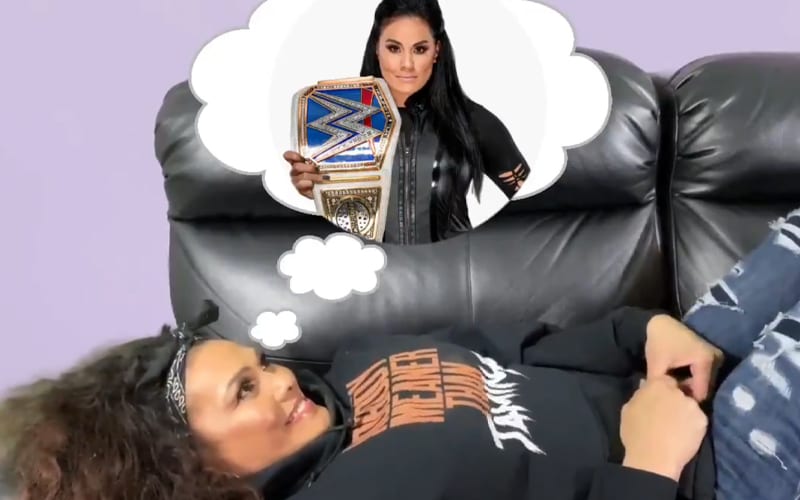 Tamina Snuka is in line to face Bayley at Money In The Bank for the SmackDown Women’s Title. She’s doing some extra work on her social media and has released a few videos diving into her character. Now she’s going to therapy to find some clarity.

The new video is shot in a cheerful tone. She’s trying to be nice, but all Tamina can think about is grabbing Bayley and folding her up like a pretzel before breaking her face. She also played both herself and her therapist in the video.

Her therapist tried a Rorschach Test, but all Tamina saw in the ink blots was causing destruction to Bayley. The SmackDown Women’s Champion might have quite a fight on her hands at Money In The Bank.

You can check out the video of Tamina’s visit to the therapist below. There was no apparently “breakthrough,” but it looks like they had quite a productive session.

Do you think Tamina Snuka is winning the SmackDown Women’s Title at Money In The Bank? Sound off in the comments below!