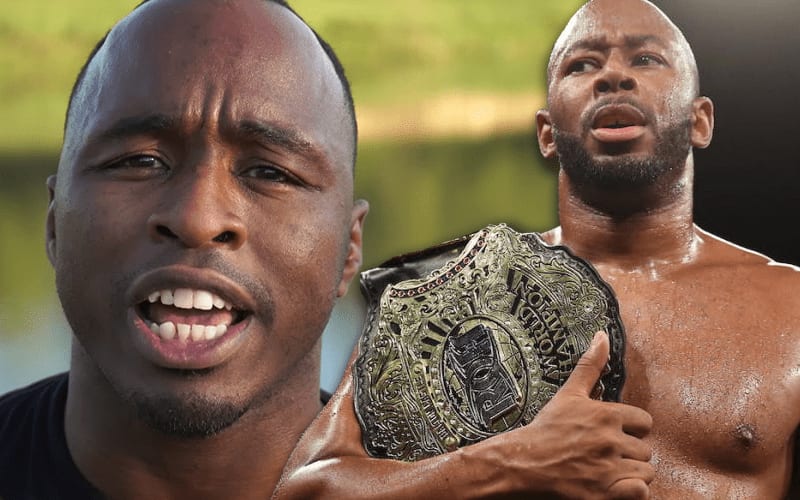 ACH used to perform in WWE NXT as Jordan Myles. He had a lot of potential, but he hated his first t-shirt. There were racial connotations as the design resembled blackface when it was on a black t-shirt.

He received his release from WWE weeks after releasing a video saying that the company doesn’t care about black people.” He also called Jay Lethal an “Uncle Tom” during his online ranting session.

While speaking to Submission Squad, ACH revealed why he called Jay Lethal that incredibly offensive term. The two have history from ROH and ACH felt disrespected by Lethal while he was with the company.

When I got into ROH, I was excited to be sharing a locker room with Lethal. I’m in a locker room with another African-American who is very well respected, it’s another guy I can learn from. I was excited about that. I feel like I didn’t get that love. I felt like I got a lot of the shaft. The day that he slapped me was the day I was like, ‘Yeah, never.’ I still feel like he was trying to punk me in front of everybody. There was this idea that if you put your hands on me, I wouldn’t fight back. I guess that was what he was trying to prove, like I’m a punk. The thing between him and I, with me calling him an Uncle Tom, maybe I should have not called him that. I should have used something else. But I was angry and upset. At the time, I felt like he was an Uncle Tom. Now, I can call him something different, but I was upset. People have to understand the relationship between him and I. He put his hands on me, it was personal. I held a lot of resentment for him for that.

You can never say never in professional wrestling. ACH could end up in another televised company eventually. He signed with MLW shortly after leaving WWE, but then he quit that company very quickly.