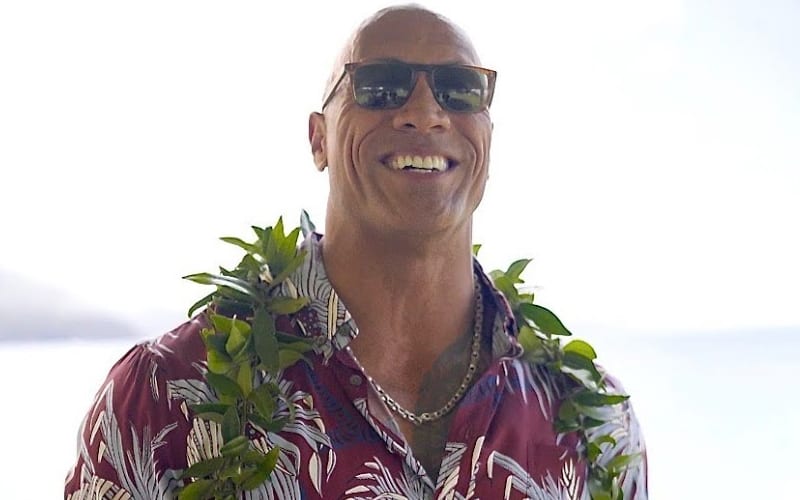 The Rock’s journey through live is fascinating and he experienced many turns along the way. Dwayne Johnson turned 48-years-old recently and he’s still responding to birthday greetings. He also revealed a little bit about himself along the way.

Bleacher Report sent out a happy birthday message to The Great One. They included some bullet points about his history to celebrate his life. Those points included:

The Rock saw this tweet and had to clear up a piece to his personal life story. He wasn’t forced to leave Hawaii when he was arrested at 13. He actually stuck around until he was 14 when he lost his V-card. Then they had to move.

The Johnson Family’s departure had nothing to do with The Rock doing the dirty polka. It was due to financial reasons.

Actually, I was arrested at 13, then lost my virginity at 14 and then forced to leave Hawaii. * not because of my “horizontal hula” skills but because we couldn’t afford to pay rent lol. What a journey and thanks for the love.
Stay healthy, my friends

The Rock’s career will continue and he might have presidential aspirations eventually. He will never forget those days when his family didn’t have enough cash for rent, or how he started his career with seven bucks in his pocket. He also never forgets the important life events the occurred when he was 14. His upcoming television show “Young Rock” might get a chance to retell all those stories.