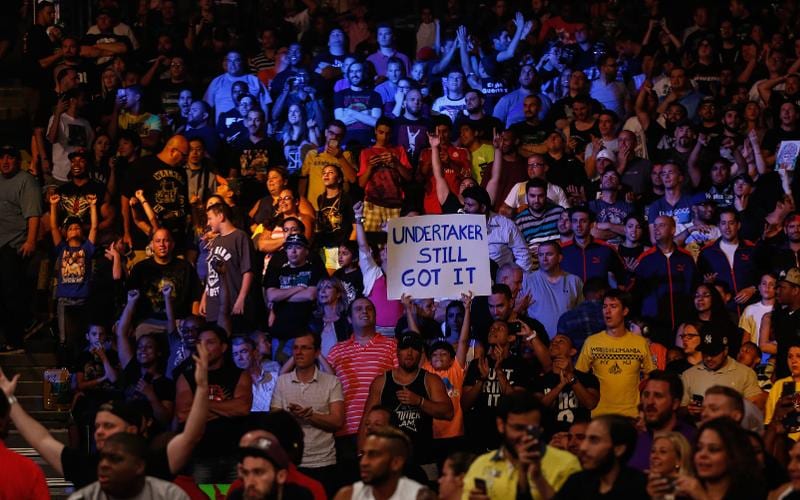 Florida is opening up their state in a big way and that could allow for fans to make a return to pro wrestling events very soon. Governor Ron DeSantis announced that the state’s new policy will allow for 25% of a venue to be filled.

Click here to find out how many fans could be at WWE and AEW tapings during the pandemic.

Ringside News has learned that as of Saturday afternoon, the company has not made any internal announcements about bringing fans back to their television tapings. At this time they seem to be continuing with the idea of taping at an empty Performance Center.

WWE recorded two weeks’ worth of programming already. Next week’s show is already finished. That being said, even if they wanted to bring fans back right away it wouldn’t be on television for weeks. According to the new Florida policy WWE could bring around 50 to 75 fans depending on what they claim as the WWE Performance Center’s capacity.

You never know when Vince McMahon might change his mind about things. He has switched up his decisions on directives before.

Update: Florida Governor Ron DeSantis spoke too soon about bringing fans back at all.