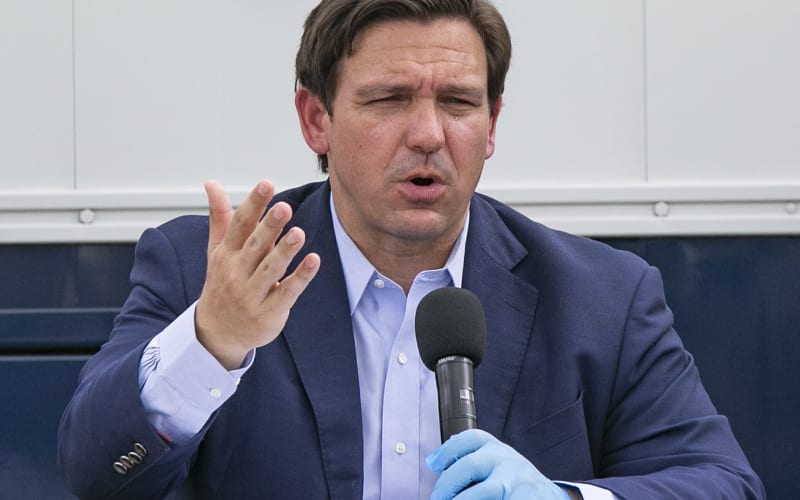 Florida Governor Ron DeSantis seemed to give a lot of hope that pro wrestling events will see fans return. It won’t be happening so soon.

DeSantis dropping May 4th in his speech during that press conference was a bit misleading. In reality, that is only when phase one of Florida’s re-opening plan will begin.

Reece Kelley Graham reports that DeSantis’ comments about allowing 25% of fans into venues is not part of the new executive order.

The policy of allowing sporting events at 25% capacity IS NOT part of DeSantis’ newly signed Executive Order, effective May 4

This is only a “Phase 1” suggestion from DeSantis’ Re-Open Florida Task Force:

Fans will return to pro wrestling events once again. It will take longer than one week to see that happen. As of right now, Florida is re-opening, but they are doing it slowly. Establishments where 50% of their revenue is alcohol aren’t even permitted to re-open at this time.

Re-opening public events at 25% capacity is a part of phase one, but to continue re-opening the state it is explicitly noted that “Phase 1 should begin based on the benchmarks provided for in the Roadmap for Re-Opening which includes a downward trajectory of the syndromic and epidemiology criteria while maintaining adequate health care capacity. The Safe. Smart. Step-by-Step. plan sets forth minimum recommended health protocols. Individuals and businesses should adhere to all public guidance by federal, state and local officials, including state regulatory agencies.”

As we exclusively reported, WWE has announced zero plans internally about bringing fans back to the Performance Center.