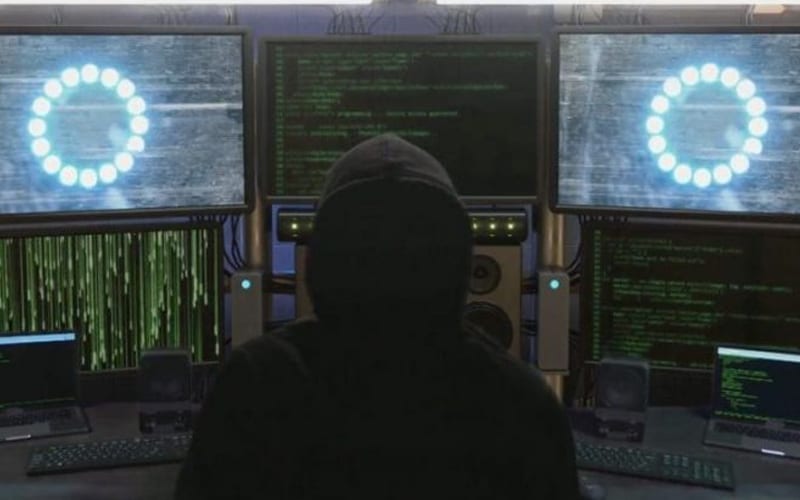 WWE Friday Night SmackDown has experienced several glitches in the past few months. A lot of fans think they know who is behind those glitches as a mystery hooded hacker was revealed before WrestleMania. It could be two people.

Fans have been able to break down the audio manipulation that WWE put over the hacker’s voice. They discovered that the dialogue belongs to both Mustafa Ali and Chad Gable.

This is a big possible spoiler and we have to give these fans credit. It looks like WWE might be hedging their bets by involving two Superstars. They also could have wanted to throw people off the track of who is really behind those mysterious messages.

Both Mustafa Ali and Shorty G have been off television for a while. We’ll have to see how this situation develops. You can check out the video below that broke down the audio.

Who do you think is behind the mystery glitches on the blue brand? Sound off in our new and improved comments section!