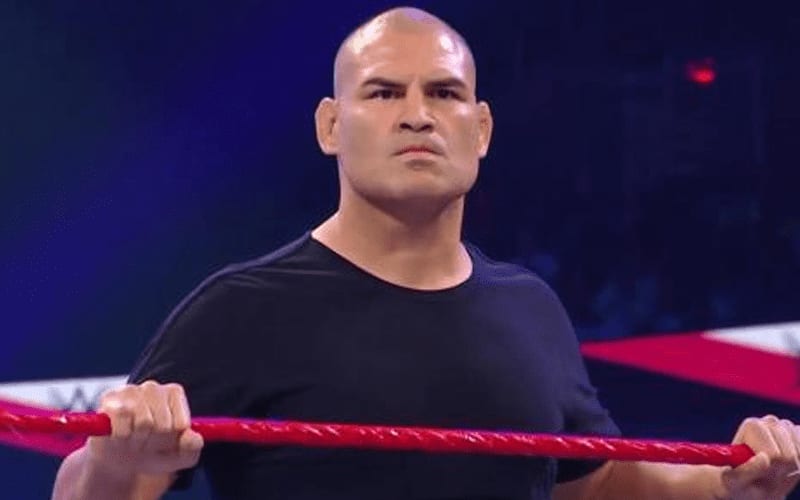 WWE released Cain Velasquez from his multi-year contract. The two-time UFC Heavyweight Champion only had a couple of matches in WWE, and neither of them took place in the United States.

Velasquez was brought in as a big surprise during WWE’s Fox debut. He was put in a WWE Title match at Crown Jewel in Saudi Arabia. Brock Lesnar squashed Velasquez in that Saudi Arabian encounter. Velasquez disappeared after that, but he did tag with Rey Mystery during a November 30th event in Mexico.

During Wrestling Observer Radio, Dave Meltzer discussed why WWE let Cain Velasquez go. They had plans for Cain Velasquez, but those obviously didn’t pan out. He was simply a big money contract on their roster that they weren’t using during a time of cost-cutting.

“I mean, I can see it because obviously the only thing they wanted to do was so Brock Lesnar could get his win and they could have a celebrity for Saudi Arabia. After that, he was going to be in the Royal Rumble and then for whatever reason they decided against it and they haven’t even thought about him since. He worked a show in Mexico City, but that was it.”

“I haven’t heard of him. He wasn’t down in Orlando training or anything as far as I know, not lately anyway. So that’s pretty much it.

Cain Velasquez also needed surgery, but he was reportedly hoping that stem cell treatments would take care of things. It wasn’t noted that he is injured at this time. He was also telling people that WWE had him scheduled to be at the Royal Rumble, but he didn’t appear.

Did WWE drop the ball with Cain Velasquez? Sound off in the comments below!