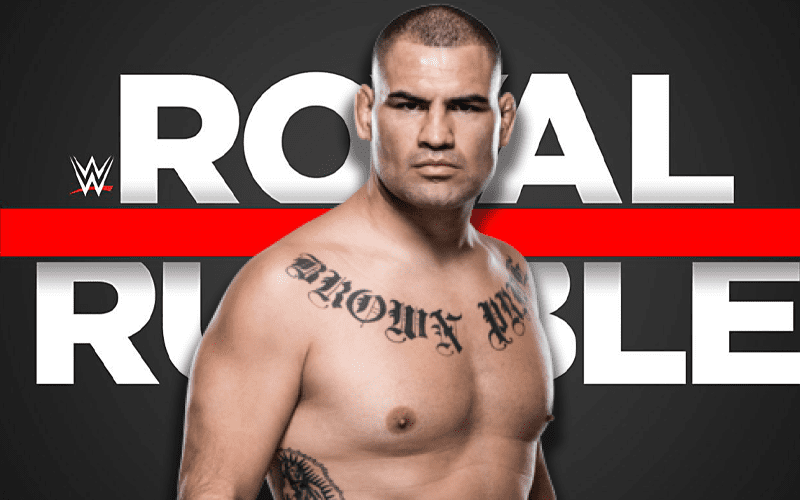 Cain Velasquez is rather high up on the odds to win the 2020 Royal Rumble match. Now he is confirming his entry.

While speaking to Sun Sport, the two-time UFC Heavyweight Champion confirmed that not only will he be in the 2020 Royal Rumble match, but he’s going to win it too.

“I can win it, hell yeah, that’s my mentality for everything. For everyone as well, that is how your mentality has to be. I’m going in to win this thing.”

Brock Lesnar is the #1 entry in the 2020 WWE Men’s Royal Rumble match. If he takes out everyone until Velasquez that could set the stage for a third confrontation between the two.

When it comes to facing Lesnar again, it sounds like Velasquez is ready.

“I just have to keep pushing forward. I am never going to stop fighting to go out there and beat him again.”

Now that Velasquez has confirmed that he’ll be in the Royal Rumble that makes a WrestleMania match between Velasquez and Lesnar more likely. Cain Velasquez said that he’s going to win it too which could be a very interesting way to kick off the road to WrestleMania.