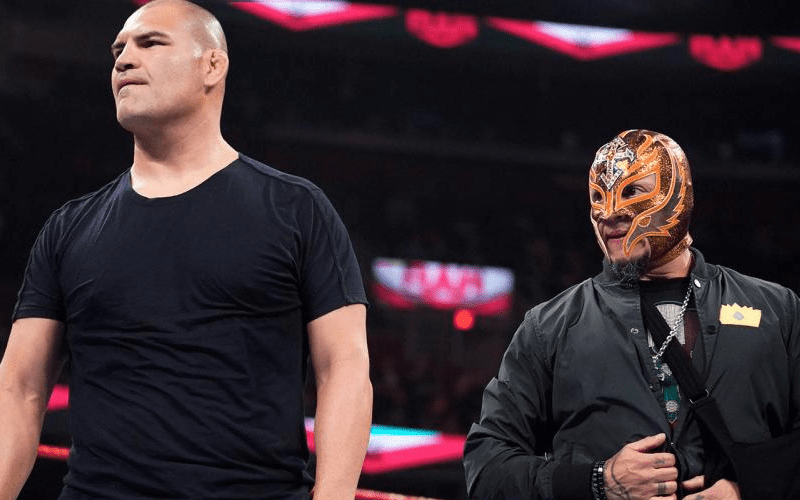 Cain Velasquez has a big match at WWE Crown Jewel against Brock Lesnar. He might just win the WWE Title, but he can’t feud with Lesnar forever. That leaves us wondering what is next for Cain Velasquez in his multi-year WWE contract.

While appearing on Not Sam Wrestling, Cain Velasquez was asked what his plans are after Brock Lesnar. Then Rey Mysterio interjected his own idea.

Velasquez replied with: “Hell yeah.” He also said his goal is to grow every day and compete against the best and to be the best. Mysterio seconded that Velasquez wants to know all of the information about pro wrestling that he can possibly get.

It sounds like those two are game to team up on an official level. WWE already has both of them booked for a tag team match in Mexico City next month. We’ll just have to wait and see what WWE’s ideas are for them.