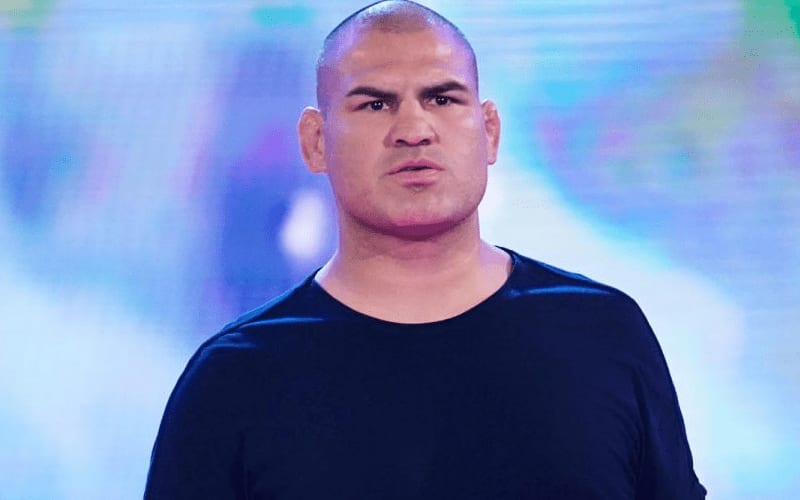 WWE released a lot of on-screen talent on April 15th. Even more office workers and backstage personnel were released or furloughed. One more big name is being added to the list of recent releases.

Dave Meltzer confirmed during Wrestling Observer Radio that Cain Velasquez has been released from his WWE Contract. It wasn’t confirmed that Velasquez was a part of the widespread releases. The two-time UFC Heavyweight Champion hadn’t been used since WWE Crown Jewel in Saudi Arabia.

“They haven’t used him since Saudi Arabia. He was on a giant contract so yeah, that’s pretty much it. It was a multi-year deal. Just like everyone else he signed a giant deal and one of the things about those deals is they have the right to cut people.”

Cain Velasquez debuted with AAA, but he soon signed with WWE after a couple of performances. He had another commitment to take care of with AAA when he signed with WWE. Now he is free do to as he pleases after being brought in for one high profile Saudi Arabia match where Brock Lesnar picked up a quick win. Velasquez also worked a WWE house show in Mexico on November 30th.

Velasquez was at WWE Headquarters in March where he ran into Ronda Rousey. The two former UFC fighters snapped a photo together that he posted online. Vince McMahon was reportedly very upset about this because he couldn’t fire Velasquez.

Are you surprised to see WWE release Cain Velasquez? Sound off in our comments section below!