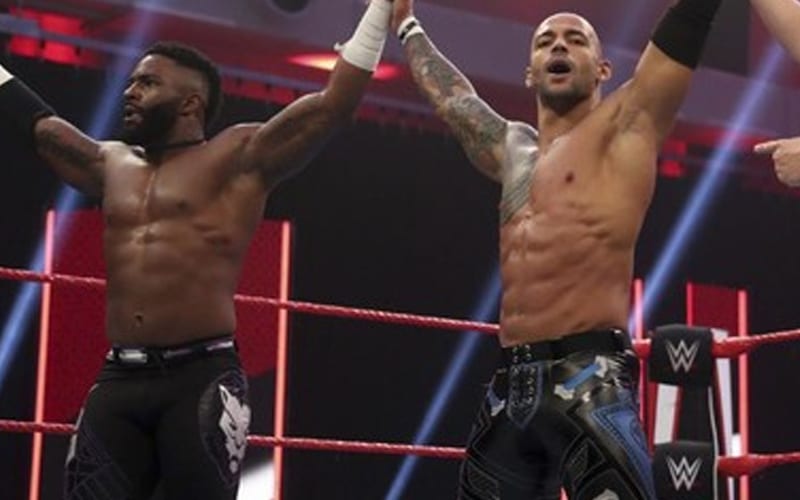 Ricochet and Cedric Alexander have received a bigger spotlight in recent weeks. On the latest episode of WWE RAW, they won an enhancement match before MVP appeared and issued a challenge on behalf of Brendan Vink and Shane Thorne.

Following their successful match on WWE RAW this week, Ricochet and Cedric Alexander had a chance to cut a promo in an empty hallway backstage. Ricochet started things out by accepting MVP’s challenge for next week.

MVP, of course we accept your dramatic, your long, your drawn-out challenge, of course we’re gonna accept it.”

Then Cedric Alexander stated that they are going to show the world why they are “too fly.” This could be a nickname for Ricochet and Alexander, or a catchphrase. “Too Fly” could also be their new team name.

Fans have waited for WWE to reveal a name for their team since putting them together. We’ll have to see if Too Fly sticks around.

What do you think about Too Fly as a name for Ricochet and Alexander? Sound off in the comments below!