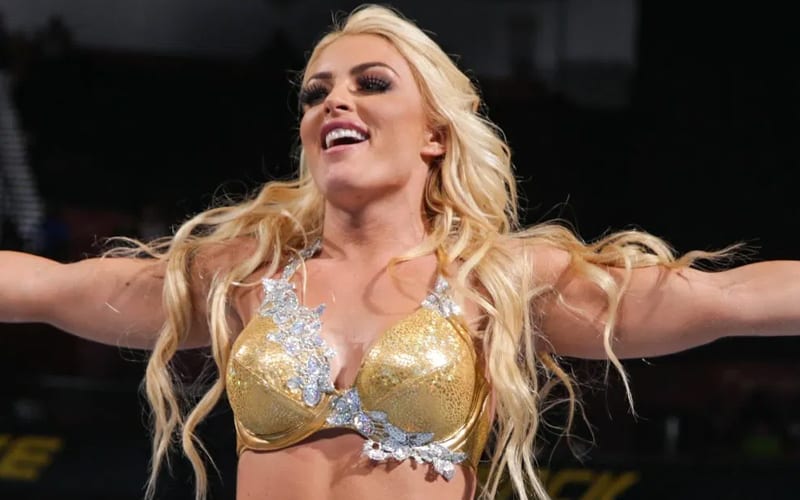 Mandy Rose is a viral sensation and continues to receive a bright spotlight on WWE television. Everything had to start somewhere for Rose and that was in a place where she received a ton of flack from fans.

While speaking with Chris Van Vliet, Mandy Rose discussed the hate she received from WWE fans early on in her WWE career. She came in from Tough Enough with a fitness model background. She did very well in the competition and couldn’t figure out why she was getting such hate from fans.

“I didn’t really get why the wrestling fans didn’t like me at first because I wasn’t really acting like the whole B-I-T-C-H wasn’t out yet just because I was the hot one I was like, ‘why don’t they like me?!’ Like I’d get all these hate tweets and all this stuff — yeah — like, ‘oh she’s just a Barbie doll she ain’t gonna make it,’ and I just didn’t get that. I just smoked the competition, I’m like, ‘yeah I know I’m hot, but I’ve already proven myself.’ Then I started to get it.”

Mandy Rose said she soon realized that if she was getting hate from WWE fans then at least they were talking about her. She used that publicity in the best way she could.

Everything seemed to work out well for Mandy Rose in the end. She is still on television and maintaining a presence. She might still have some haters, but the Golden Goddess continues every week to win more over to her side.

How has your opinion of Mandy Rose changed since her WWE debut? Sound off in the comments below!