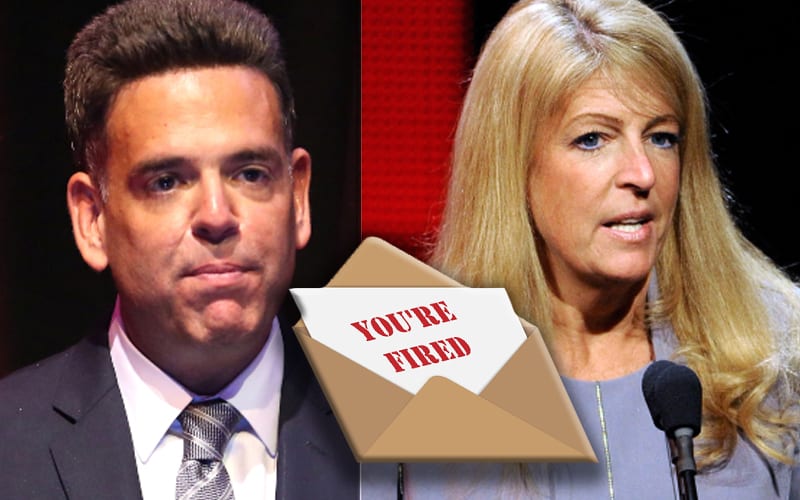 WWE axed their Co-Presidents George Barrios and Michelle Wilson on January 30th. This came as quite a surprise and their dismissals reportedly involved an internal conflict with Vince McMahon.

Recently revealed paperwork thanks to an SEC filing shows exactly what kind of deals Barrios and Wilson were given upon their WWE exits.

They also qualified for “discretionary bonus payments.” Wilson and Barrios are also required to inform WWE within 5 days if they accept any other employment during that 18-month period.

During the Salary Continuation Period, you agree to notify WWE in writing within five(5) business days if you accept an offer of employment and/or intend to start or take an ownership interest in a business, whether alone or with others. In the event you accept an offer  of employment, the written notice shall identify the name and location of the new employer,your   job title, and the nature of your duties.

Michelle Wilson and George Barrios had language in their release papers which entitled them to 18 months of continued salary. This 18 months started one week following their firing.

Salary and Benefit Continuation: After the Termination Date and seven (7) days following your acceptance and execution of this Agreement (within which you have not revoked that acceptance), and after confirmation that you have returned any and all WWE-owned property to Human Resources, you will be paid eighteen (18) months of your base salary (on a bi-weekly basis) as of the Termination Date, less applicable withholdings and deductions, in accordance with WWE’s regular payroll procedures and dates (“Salary Continuation Period”). During that portion of the Salary Continuation Period you remain eligible for, and on the condition that you timely elect, group health insurance coverage continuation pursuant to COBRA, WWE shall pay the portion of your COBRA premium in the same percentage as it paid toward your health insurance premium during your employment. All other employee benefits shall cease immediately as of your Termination Date

Michelle Wilson and George Barrios were with WWE for a very long time. The two helped the company go through some years of real transformation. Their services were deemed no longer necessary and they were fired. At least it appears that their severance packages were incredibly generous.

What do you think about Wilson and Barrios’ severance packages? Sound off in our new and improved comments below!