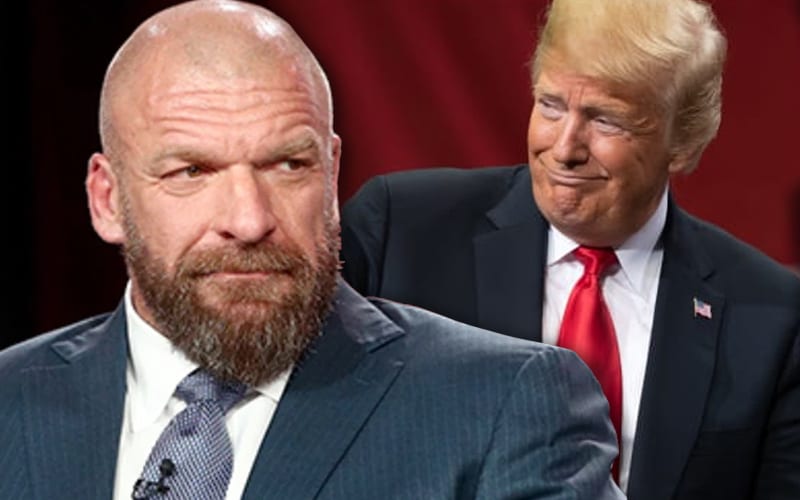 Donald Trump has a very active Twitter account. Last night he used that influence as POTUS to give some credit to Triple H.

The Game celebrated 25 years in WWE last night on Friday Night SmackDown. Click here for our full coverage of that night. Trump was apparently paying attention.

The WWE Hall Of Famer President tweeted out at Triple H in response to Vince McMahon’s glowing tweet about his son-in-law.

Triple H is a total winner!

This is a big nod of confidence from Trump. Vince McMahon might have praised Triple H with that tweet, but he later shut down the celebration. WWE also cut out a majority of the tongue lashing McMahon gave his son-in-law as well.

Should Triple H run for a political office? Sound off in the comments below!