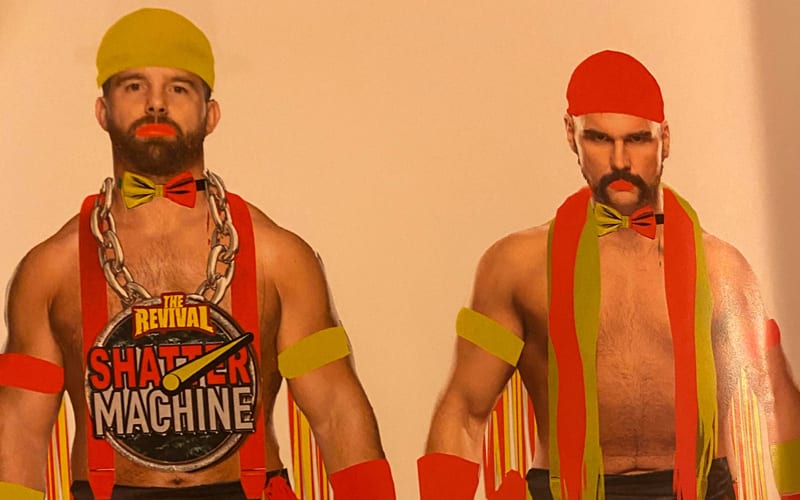 WWE pitched an idea for The Revival that was goofy, to say the least. Sketches from this proposed comedy gimmick recently leaked online and everyone had a field day.

The Revival are now known as The Revolt. They are also cashing in on that awful gimmick that Vince McMahon personally handed to them. It didn’t take long for the Top Guys to figure out how to make the most of what they had to go through in WWE.

Dax Harwood and Cash Wheeler uploaded a new t-shirt on their Pro Wrestling Tees shop featuring the designs that were featured all over the internet. The shirts also say: “New Name, Same Game.”

This was a very clever idea for them to use these leaked photos to sell some merchandise.

You can check out The Revolt’s PW Tees store here.