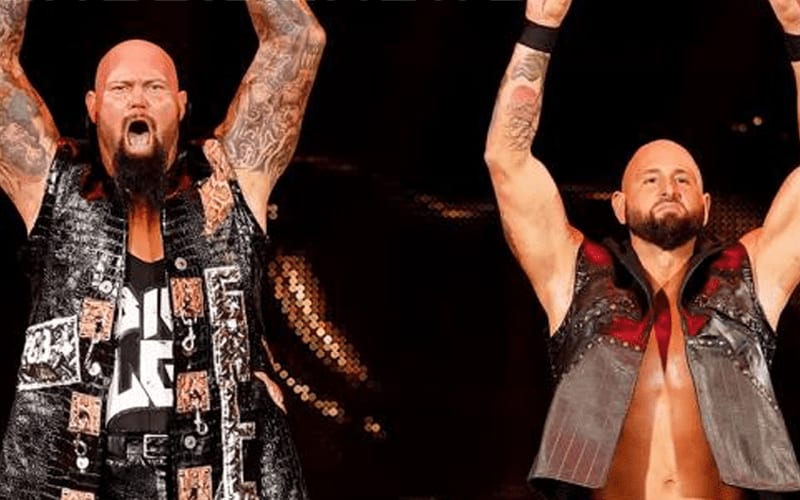 WWE released Karl Anderson and Luke Gallows from their contracts on April 15th. This was due to the COVID-19 pandemic and how much the Good Brothers’ recently signed WWE contracts were worth. Since their WWE releases, Anderson and Gallows have dropped some hints about going back to NJPW, but is that really the cast?

The Wrestling Observer Newsletter reports that “it is possible this is a swerve.” There is currently no deal in place for Anderson and Gallows to return to New Japan Pro Wrestling. At this time it seems to be possible that they could end up in All Elite Wrestling as well.

Right now the entire world is in a bit of a waiting period. The uncertainty of the novel coronavirus hasn’t gone away. We need action against the spread of the disease, but there is also a need to re-open the economy. It might be a while before live events return, let alone international travel to Japan.

Where do you think Luke Gallows and Karl Anderson will end up next? Sound off in the comments below!