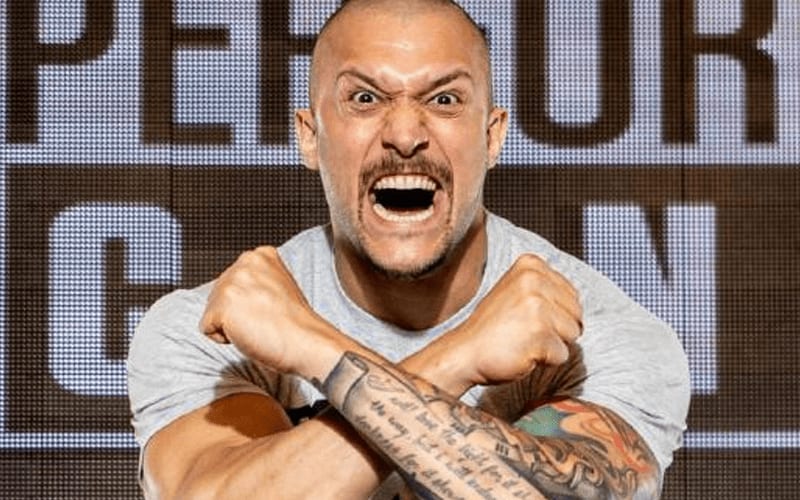 WWE needed to give Killer Kross a new name when he signed with the company. The word “Killer” didn’t match their TV-PG product and family-friendly presentation. His new name is Karrion Kross, but there’s a reason for that.

Fightful Select reports that Karrion Kross was picked for a couple of reasons. It also came from Kross himself.

“Carrion” is a decaying animal and that fits his mystique well. There are also ties to Latin roots of carrying souls of the newly dead across the River Styx.

We’re told the Karrion Kross name was Kross’ idea as opposed to WWE’s. “Carrion” is the decaying flesh of dead animals, so FYI, there ya go. There are also ties to Latin and Greek mythology and “Kharon” in the name. Kharon was the ferryman of Hades who carried the souls of the newly deceased across the rivers Styx and Acheron. Kross also has a tattoo of “Kheiron” on his back.

Karrion Kross puts a lot of thought into his character. He is quite an intelligent person and fans will soon see much more of him following his slow and methodical introduction to the WWE Universe.

What do you think about how WWE has introduced Karrion Kross so far? Sound off in our new and improved comments section!