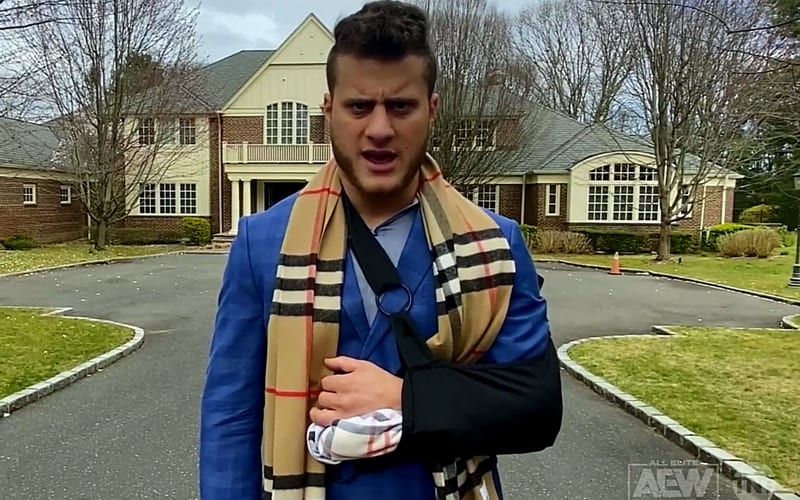 MJF hasn’t made it to any AEW Dynamite tapings since the coronavirus pandemic shut down their nationwide touring schedule. This week the Salt Of The Earth had an update for fans.

MJF said that “something awful has happened” to him. Then he stated that he needs surgery. A lot of fans were wondering what was going on.

Maxwell Jacob Friedman started to explain why he hasn’t been on Dynamite. He was in a sling and blamed the injury on his excessive gambling during his last appearance.

The nature of MJF’s injury was not disclosed either. He did not reveal when his return is expected, but MJF did promise that he will become the AEW World Champion.