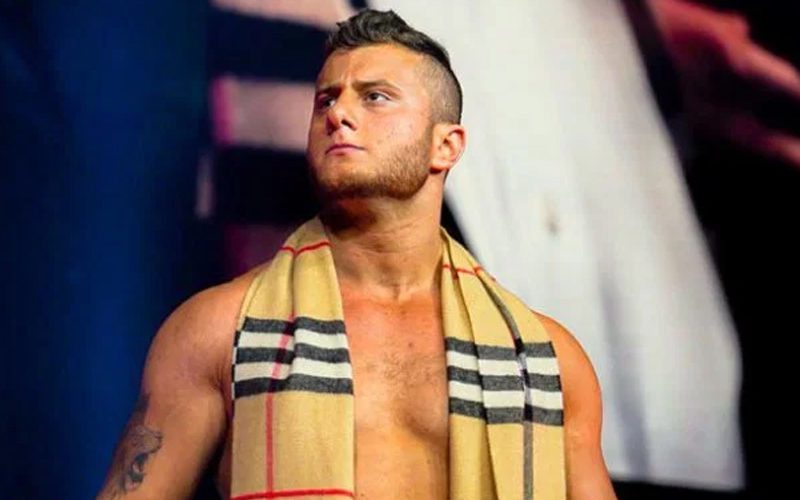 MJF replied to a post that listed every record in AEW. He is undefeated and made that point with a one-word tweet: “Undefeated.”

One fan tweeted out at MJF telling him “undefeated?? 5-0 in 7 months….wow how do you keep up such a busy schedule??? most wrestlers do 5 matches in a month or less……get off your lazy ass!”

The Salt Of The Earth stated that he would love to wrestle more and put his body on the line, but he can’t. He said “something awful has happened to me and it has gradually gotten worse.” We’re not certain if he’s being honest or trolling since you never know with MJF.

I wish I could put my body on the line more for you guys. I truly care so much about you being entertained during your hour of need. Unfortunately something awful has happened to me and it has gradually gotten worse. I can’t comment on what the issue is at this time.

MJF couldn’t make it to the last set of television tapings in Norcross, Georgia. That means he will likely be off AEW television until mid-May when these tapings run out. AEW could always air a video promo with MJF as they have with Matt Hardy and Jake Roberts.

Hopefully, MJF will be back to work when he can make the trip to where ever AEW plans to record their television programming next.