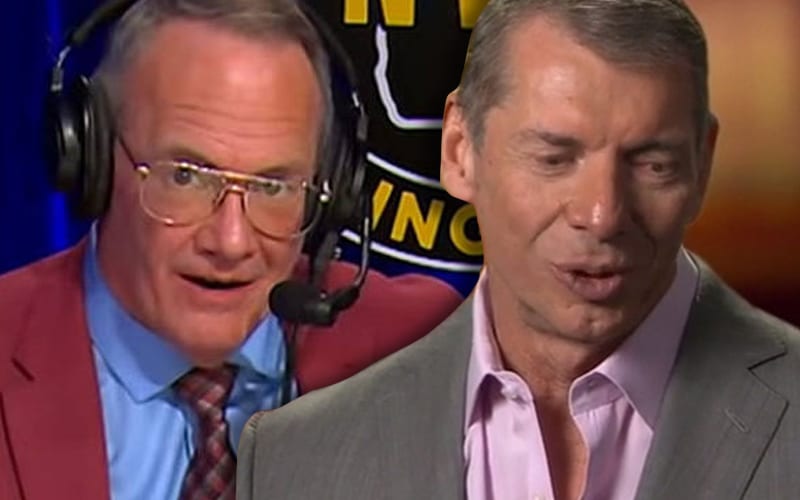 Vince McMahon is a very complicated individual. There are stories about his generosity, but there are also corporate horror stories like The Chairman cutting hundreds of employees during a pandemic.

During a recent episode of Jim Cornette’s Drive-Thru, Jim Cornette opened up about the man Vince McMahon is in real life. McMahon’s life is WWE and he doesn’t have a lot of time for anything other than business.

Vince McMahon is a complex person. One minute he will fire someone to benefit corporate interests. Then, according to Jim Cornette, McMahon will also send money or help someone out when they need it. In the end, McMahon’s loyalty for those who are loyal to him does not extend past those who were loyal to his father.

“Some of him is (cool) and some of him is crazy and some of him is an evil asshole. There’s no way to really describe it except to him, the whole business is business. He will just say, ‘Ok, fine, cut him pal, we need to please the stockholders and make the stock look good so fire these guys.’ Then, he does good things for people. Every once in a while you hear of somebody who needs something and he would send them money or he would help them out. He’s kept a lot of guys that were loyal to his dad. He’s taking care of the guys who were loyal to his dad better than most of the people who have been loyal to him.”

There are many ways that fans can argue for or against Vince McMahon’s decision making process. He does everything to benefit WWE and the continued success of the company he helped build. Sometimes that means making tough decisions that some might not understand. As long as Vince McMahon is the one calling the shots, and it makes sense to him that’s all that really matters.

What kind of person do you think Vince McMahon really is? Sound off in our new and improved comments section!