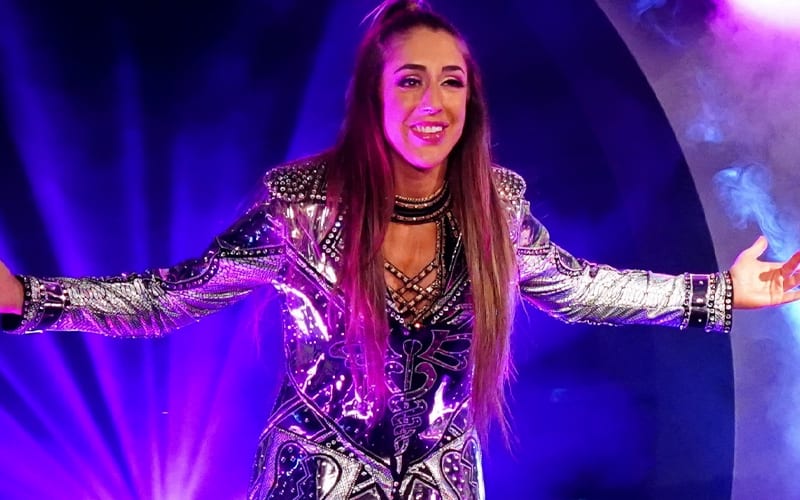 AEW star Britt Baker DMD is a dentist. She doesn’t want anyone to forget about that either.

Pro wrestling is full of people who carry on as if they are something that they’re really not. Sgt Slaughter was never in the military, but he’s been claiming it for decades. Britt Baker is really a dentist, and it was hard for her to accept when that became a meme.

While speaking to Talk Is Jericho, Britt Baker said that becoming a dentist while training to be a pro wrestler was the hardest thing she’s ever done. It took 8 years to earn her dentistry degree and it was hard for her to get heat from fans because of it.

“I had a hard time with that at first to me because becoming a dentist took 8 years and it was the hardest most grueling thing I think I’ll ever have to do while I was becoming a professional wrestler training to become a professional wrestler. So, when that kinda turned into a joke or a meme or something that it was an on-going rib that, for me was a tough pill to swallow. I was like,’ damn I worked so hard for this and now they’re using it against me.”

Baker said that she is surprised to have fans tell her weekly that they just figured out that she is actually a dentist. She is using it to be a heel on television so she can cut loose and rub that fact in fans’ faces. It took a bit of an adjustment period for her to be really comfortable being hated for something that she worked so hard to achieve.

Would you go to Dr. Britt Baker? Sound of in our new and improved comments section!