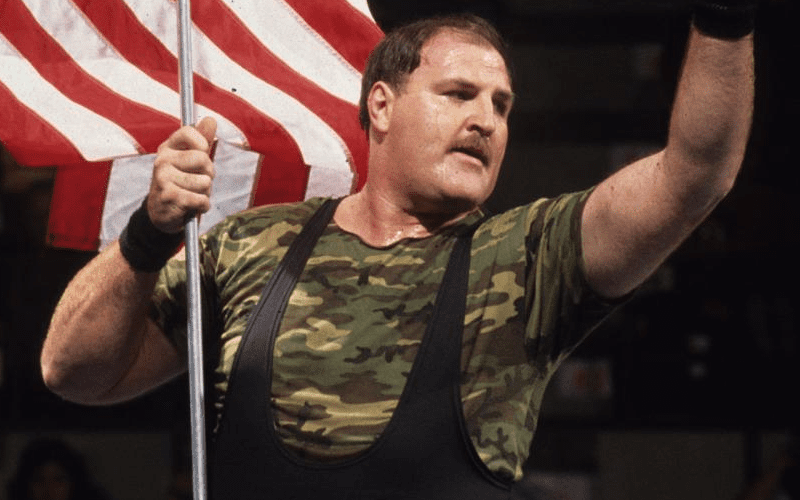 Sgt Slaughter is a WWE Hall Of Famer and deserves our respect as a pro wrestling legend, but is he really a veteran?

Slaughter has claimed a military past since the beginning. He says he was a drill instructor in the US Marines. There has never been a time when he was shy of speaking about his military background. Even today he will claim to be a veteran.

So Cal Uncensored has uncovered some information about Sgt Slaughter’s past. This was initially discovered in a forum on F4WOnline.

Slaughter has never given any details about who he served with or where his service as a US Marine took place. There could be a very good reason for that.

The Marines wrote to Sgt Slaughter and asked him to stop impersonating a Marine. This is according to a Baltimore Sun article from March 24th, 1985. You can find an image of that newspaper clipping below.

Many of Slaughter’s stories don’t add up. In one story it is said he served for six years ending his service in 1973. There is a problem with that because Slaughter was already a star in the AWA in 1972.

It’s nothing new for pro wrestlers to kayfabe their history, but Sgt Slaughter has really carved out a character to live in. He is still doing interviews today and claiming military service which can be a totally different situation.