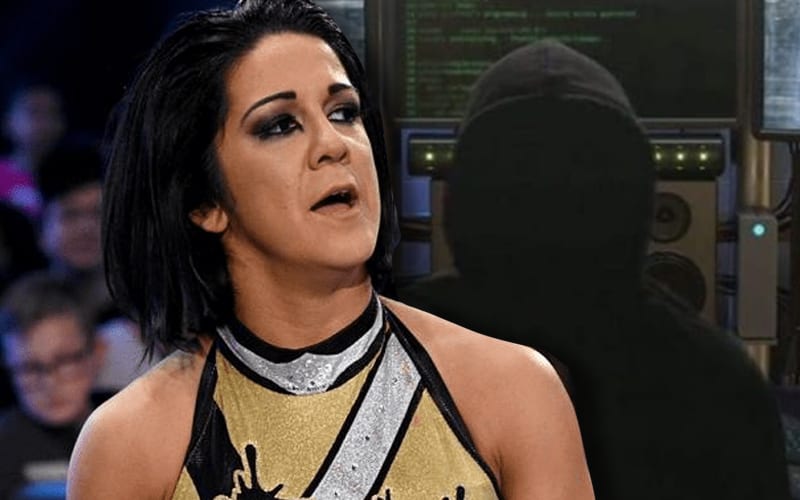 SmackDown has a mystery hacker creeping around the airwaves. He waited to glitch up the show randomly for the longest time. Now the hacker is getting a bit more direct. but Bayley doesn’t get it.

The SmackDown mystery hacker released a couple of videos. He even has a social media page that used to belong to a WWE support campaign. Bayley tweeted out to the hacker calling him/her/them out for being a stalker. She might need a bit more clarification about what is going on.

The SmackDown Mystery hacker might be a stalker as well. He has to get all of that footage somehow.

Multiple WWE Superstars could be responsible for the hacker’s activities. Fans broke down the hacker’s audio and it was quite interesting. It is possible that the hooded figure represents more than one Superstar’s opinion that the truth will be heard.

What do you think will happen in this hacker storyline? Sound off in our new and improved comments section!