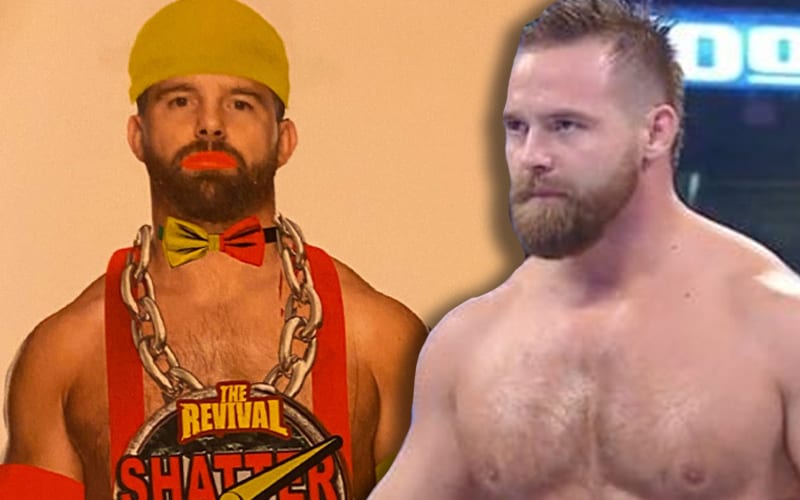 WWE pitched a drastic change for The Revival’s characters before they decided to wait out their contracts at home. Vince McMahon handed them sketches of proposed comedy characters that made the Top Guys look like clowns.

Click here to check out those insane leaked sketches that Vince McMahon hand delivered to The Revival.

One fan saw the post from Bodyslam.net and asked: “Confirm or deny this? And is that glow sticks in your hands?”

Cash Wheeler, who used to be Dash Wilder tweeted back in reply saying, “Plead the fifth.” It sounds like he can neither confirm nor deny the existence of glow sticks in that pitch, or that the pitch took place at all. It certainly looks to be that way because those photos are legit.

WWE had a very different idea for The Revival. We have to wonder if Vince McMahon thought that they would accept the idea or not given how outlandish it was.

What do you think about Dash Wilder and Scott Dawson rejecting a pitch to become wrestling clowns? Sound off in our new and improved comments section!