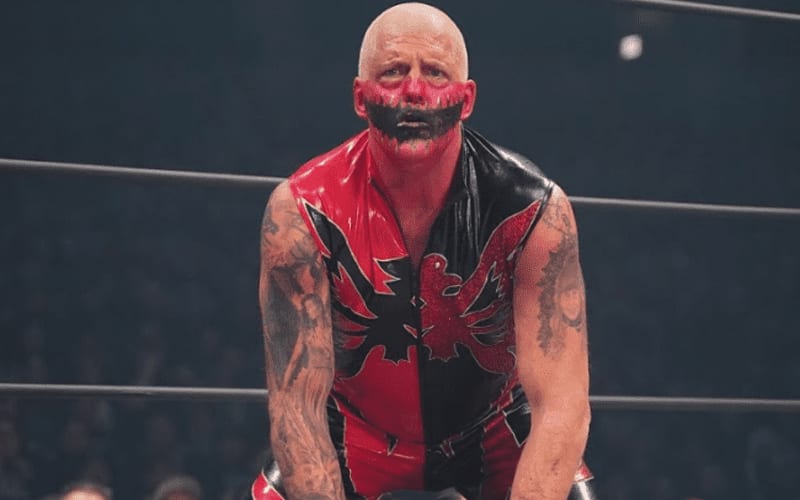 Dustin Rhodes left the Goldust character behind to focus on a new chapter of his career with All Elite Wrestling. He got his in-ring career started with AEW by competing against his brother Cody Rhodes at Double Or Nothing last year. He had a few doubts about that match due to how the idea was treated in WWE.

While talking to AEW Unrestricted, Dustin Rhodes discussed how miserable he was in WWE toward the end. He eventually told them that he wanted to leave which was another battle to get released.

Then when the option came to wrestle at Double Or Nothing he had another set of worries.

“Dad wanted something different for me. He didn’t want me to go though the hardships that he went through. I understand that looking back now, but I’m sitting there [in WWE] just knowing I have more to give and they will not give me the time of day and I’d had enough. I said enough was enough and for the first time I kinda stood up for myself in a big way and said ‘I am quitting. I am asking you for my release. I’m done. I’m not happy here anymore.'”

“You know how they do. They make you kinda wait it out and it was getting close to Double Or Nothing and Cody called me and said, ‘Would you like to work a match with me?” At first I thought, ‘We’ve tried this for years, and years, and years.'”

Dustin Rhodes said that they pitched a brother vs brother match to WWE for years, but they were “told it was not good enough to be on the big stage. I heard that more than once, every year I tried. Cody tried, but they didn’t see any value in it.”

Dustin Rhodes was nervous about how the AEW crowd would take to him as well. The thought that he was told for years that their match wasn’t good enough also brewed in his head. They were able to prove many doubters wrong with a brutal battle that AEW still uses as an example of the pro wrestling action they provide.

What did you think about Cody vs Dustin at Double Or Nothing? Sound off in our new and improved comments section!