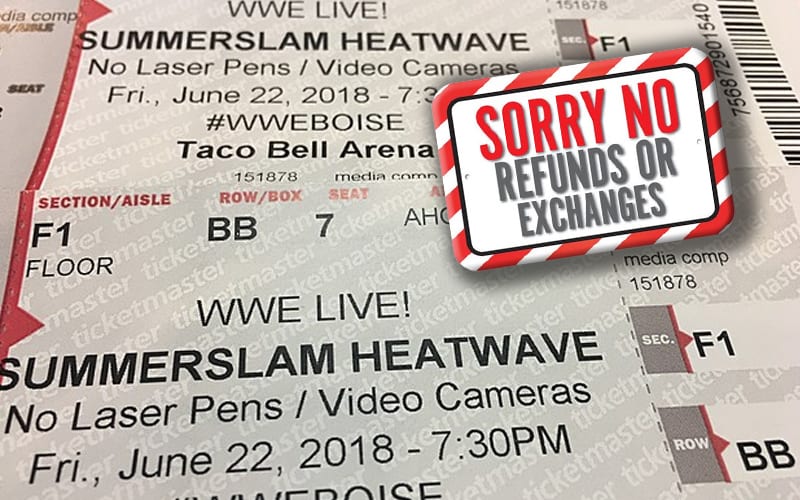 Planned events all over are not happening now because of the novel coronavirus. There are hopes of when arena and venues will re-open, but those are lofty and uncertain goals. Now Ticketmaster isn’t making it easier for fans of any entertainment form.

The massive ticket website has quietly announced that they are no longer giving refunds due to postponed shows. These changes are effectively immediately as part of a policy change.

Digital Music News reports that Ticketmaster updated its refund policy to reduce refunds for events. The policy now only covers a refund on events that were straight-up cancelled.

A lot of sporting events, concerts, and other entertainment shows were postponed. That used to be covered under Ticketmaster’s refund policy, but now it is not. The only way that fans can get their money back is if the party involved cancelled the event entirely.

WWE and AEW had to change a lot of live events, but most of those shows were postponed and not cancelled.

This is leaving a lot of fans without refunds that they could really use at a time like this. Ticketmaster is still giving refunds, but they’re not making it easy.

What do you think about Ticketmaster’s new policy? Are you out of money because of it? Sound off in the comments below!