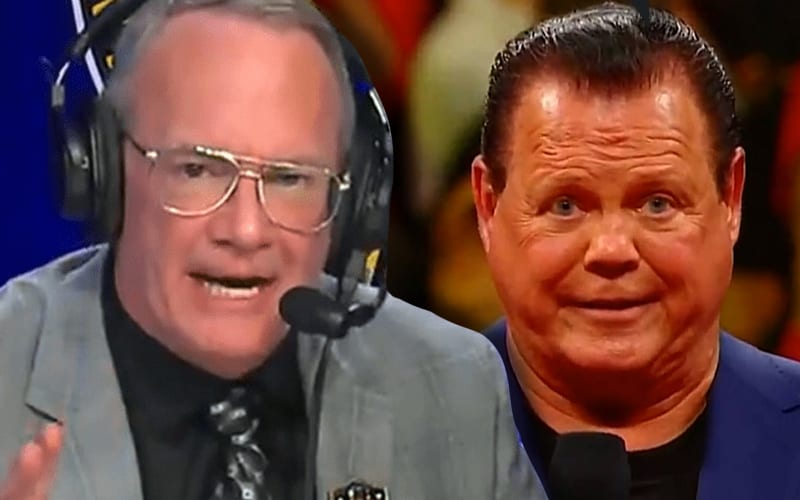 Jerry Lawler made a comment live on WWE Raw this week that he probably wishes he could take back. A few people spoke out against what he said, but Jim Cornette has his back.

The King called Akira Tozawa’s moonsault a “Ramen Noodle moonsault.” This is the kind of line that would have gotten by decades ago without anyone paying attention to the troubling context. A statement like that doesn’t get by in 2020 without sparking a controversy and Jim Cornette knows that all too well.

Cornette was axed from NWA Powerrr after making a comment about Trevor Murdoch. “He’s the only man I know that can strap a bucket of fried chicken on his back and ride a motor scooter across Ethiopia.”

Jim Cornette woke up this morning and saw that another public outcry was launched over a questionable old-school joke on commentary. He can related to Jerry Lawler’s plight as Cornette used this as an example why modern professional wrestling sucks.

So now people are mad at @JerryLawler for telling a joke. Now I understand why modern wrestling sucks, because most modern wrestling fans are such whiny little pussies they don’t DESERVE good wrestling. How do these people go out in public without breaking out in tears? #WHINE

We’ll have to see if WWE takes any action against Jerry Lawler for his statement. Not traveling during a pandemic might be the best thing for the 70-year-old Hall Of Famer, but he wanted to work.

What do you think about Jerry Lawler’s statement? Sound off in the comments below!