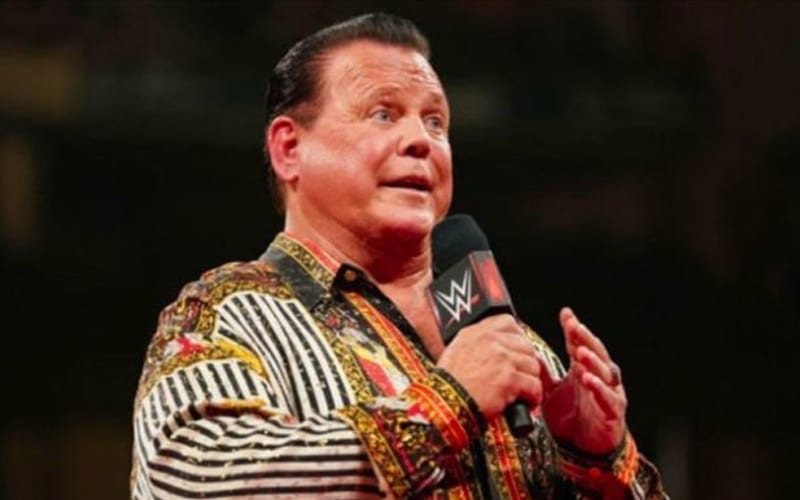 Jerry Lawler only appeared during the first WWE Performance Center empty arena show so far. He was kept off of television due to concerns of COVID-19. He is taking his seat at the commentary table once again.

During the latest episode of Jerry Lawler’s podcast, he discussed getting a phone call from Vince McMahon before it was decided that he needed to miss the last set of tapings. This included Lawler missing WrestleMania 36.

“I got the call saying Vince was a little concerned because then the word was really real strong about, at that time … of course, I think it’s changed since then … they were saying that this coronavirus is mostly striking the older individuals,”

Later on in the episode, The King revealed that he is headed back to the Performance Center for the next round of television tapings. This means that WWE Hall Of Famer should be on RAW for the next several weeks at least.

“I will be heading back down next Monday to the Performance Center and be back, once again, a part of Monday Night Raw. I don’t like to sit home and watch Raw and not hear ‘The King’ on there somewhere.”

WWE was able to make things work for their commentary team while Jerry Lawler stayed off television. It will be good to have The King back on the red brand this week.

What do you think about Jerry Lawler returning? Is it too soon for him? Is he the greatest color commentator in WWE history? Should WWE even be running television tapings at all during a pandemic? Sound off in the comments below!